Professor of Law Arlene Kanter was honored by ARISE as a Champion of Independence at their recent annual dinner. The Champion of Independence award was created by ARISE in 2014 “to highlight and honor a person or an organization that had demonstrated an extraordinary commitment to access, independence and full inclusion of people with disabilities. Recipients have changed lives and impacted the world through their vision, dedication, and unwavering commitment.” 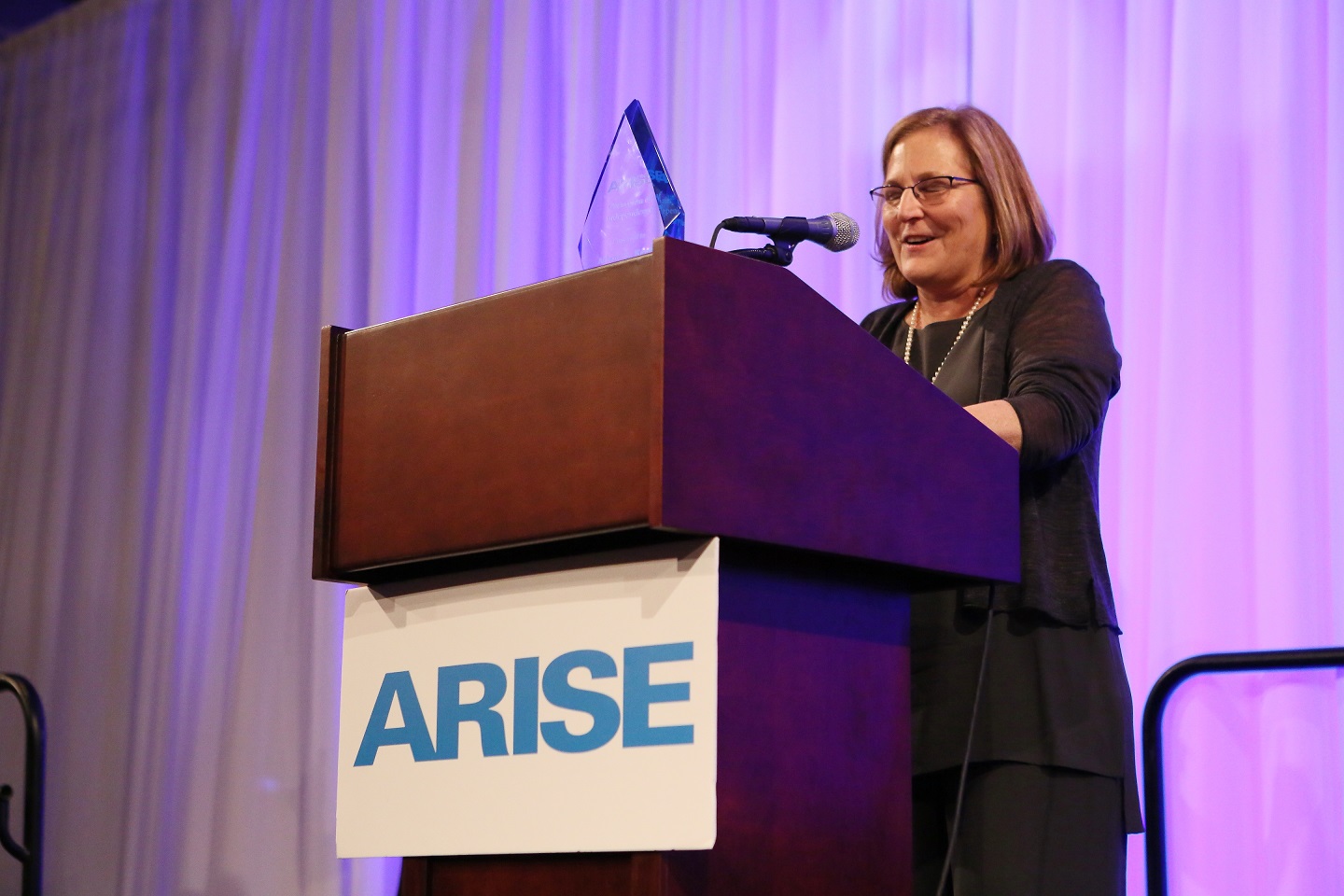 “Inclusion and respect for the dignity of people with disabilities are at the core of my teaching and scholarship,” says Kanter. “I am honored to be recognized by ARISE with this award, but am reminded that we, as a society, have much to do to fully achieve an inclusive world that values disability as part of our diversity.”

Professor Kanter is the founder and director of the Disability Law and Policy Program, which houses the world’s first joint degree program in law and disability studies and a masters in law program for international students in human rights and disability law. She is also a Laura J. and L. Douglas Meredith Professor of Teaching Excellence and the 2012-2014 Bond Shoeneck & King Distinguished Professor of Law.

Her scholarly work includes numerous books, articles and book chapters on the rights of people with disabilities in the U.S. and other countries. Her book, “The Development of Disability Rights Under International Law: From Charity to Human Rights” (Routledge 2015) is based on her work with the United Nations on drafting the Convention on the Rights of People with Disabilities. In 2017-18, she will be a visiting scholar at Harvard University Law School in the fall semester and at Hebrew University Faculty of Law in the spring semester.

Since 1979, ARISE has provided opportunities so that people with disabilities can live freely and independently in the community. As a designated non-residential Independent Living Center, ARISE is organized and directed by people with disabilities. Each year, ARISE serves more than 7,000 people from our offices located in five Central New York counties.