Ralph Ketcham, one of the longest-serving and most beloved and influential professors in the history of the Maxwell School, died on Wednesday, April 26, after a brief illness. He was 89. 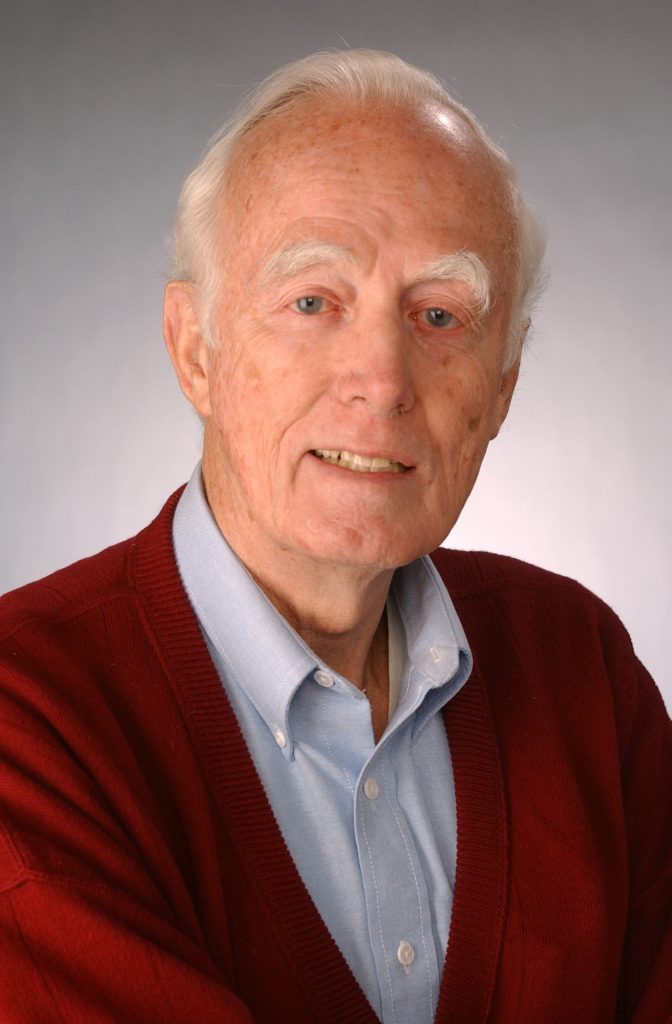 A steadfast champion of the Maxwell approach to citizenship education—interdisciplinary, team-taught, and driven by deliberation on current events—Ketcham joined the faculty in 1951 as a graduate fellow and instructor in the original undergraduate citizenship course, Cit 1: Responsible Citizenship. After earning a Ph.D. in American studies at the Maxwell School (1956), he taught briefly at the University of Chicago and Yale University, then rejoined Maxwell in 1963 as a tenure-track faculty member, eventually holding appointments in political science, history, public affairs and American studies. In 1994, he was named a Maxwell Professor of Citizenship and Public Affairs. He retired in 1997, the subject of a colloquium attended by 75 alumni, but continued to teach an annual graduate symposium on Foundations of American Political Thought. Prior to his death, he had made plans to teach that symposium one final time this coming fall.

Though Cit 1 was discontinued in the early 1970s, Ketcham continued to promote team-taught and other innovative approaches to the topic of democratic governance and citizenship. In the 1980s, he was a key member of a faculty team that launched public affairs courses with titles such as Religion and Politics and The Corporation in American Culture, team-taught by faculty members across the University (including Ketcham himself). These courses were viewed as direct precursors to the highly successful MAX Course program launched at Maxwell in the late 1990s. Ketcham was also one of the designers of a New York state high school curriculum about participation in government.

“As much as anyone to have served this school, Ralph Ketcham embodied the mission and unique philosophical province of Maxwell,” says Dean David M. Van Slyke, who served on the faculty with Ketcham for more than a decade. “He was dedicated to dialogue and discussion and a true exchange of ideas—genuine, expansive debate about the meaning and purposes of American democracy and, in actuality, all of public life.”

As a scholar, Ketcham specialized in constitutional and political theory, especially as it emerged and evolved during the era of the first U.S. presidents. Ketcham’s books in this vein included acclaimed biographies of Benjamin Franklin and James Madison (1966 and 1971, respectively), plus “From Colony to Country: The Revolution in American Thought, 1750-1820” (1974), “Presidents Above Party: The First American Presidency, 1789-1829” (1984), “Framed for Posterity: The Enduring Philosophy of the Constitution” (1993), and “The Madisons at Montpelier; Reflections on the Founding Couple” (2009). He edited for publication the papers of both Madison and Franklin. He was also the author of “Individualism in Public Life: A Modern Dilemma” (1987), “The Idea of Democracy in the Modern Era” (2004), and, just two years ago, “Public-Spirited Citizenship: Leadership and Good Government in the United States” (2015).

Recognition of Ketcham’s influence on generations of Syracuse University students took many forms—including, in 1987, his selection as national professor of the year by the Council for Advancement and Support of Education. He received from Syracuse both an honorary degree (1999) and the George Arents Medal (2003), given to SU alumni to recognize career achievements. Ketcham was an inaugural recipient of the Chancellor’s Citation for Outstanding Academic Achievement (1979). A fund in his honor, the Ralph Ketcham Endowed Scholarship Fund, supports students in history and political science.

“More than an accomplished scholar, Ralph was an engaging, warm, empathetic man,” Van Slyke says. “It is not surprising that he had a truly global impact and following. Maxwell alumni from across generations and around the world—from Tokyo to Washington, D.C.—eagerly describe, with emotion, their involvement with Ralph. His more than 60 years of service to the Maxwell School has had a profound impact on all of us—thousands of alumni around the world, hundreds of colleagues, and anyone else lucky enough to know him.”

Funeral arrangements and plans for a memorial event will be announced at a later date.