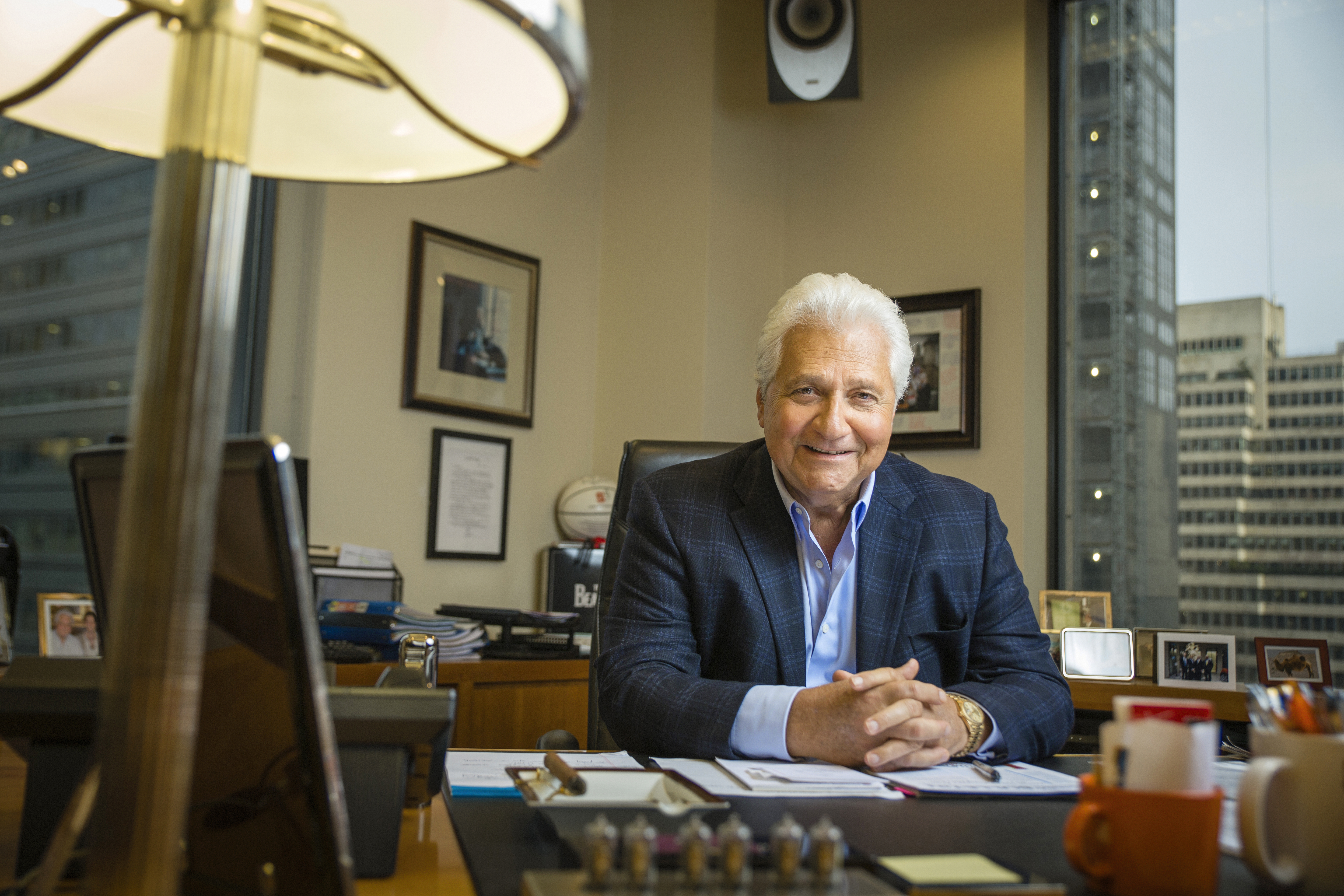 Martin N. Bandier ’62, chairman and CEO of Sony/ATV Music Publishing, will visit the Newhouse School on Monday, May 1. Variety senior music editor and SU alumnus Jem Aswad will interview Bandier at 6:30 p.m. in the Joyce Hergenhan Auditorium in Newhouse 3 for a public event titled “A Conversation with Martin Bandier ’62.”

Bandier, an alumnus of the College of Arts and Sciences and the Maxwell School of Citizenship and Public Affairs, is one of the most influential people in the music industry. As chairman and CEO of Sony/ATV Music Publishing, he oversees its global music publishing activities, including talent and copyright acquisitions, day-to-day operations, and the development and implementation of the company’s long-term strategic initiatives. He is also group executive, Sony Corp.

Bandier’s move to Sony/ATV matched one of the most renowned music-publishing executives in the industry with the company that controls some of its most valuable catalogue assets and popular current artists and writers. The Sony/ATV catalogues include some of the biggest names in music, including The Beatles, Leonard Cohen, Bob Dylan, Marvin Gaye, Michael Jackson, Carole King, The Rolling Stones and others, as well as the legendary Jobete catalog of Motown songs. Its ever-growing list of chart-topping artists, writers and producers includes Avicii, The Chainsmokers, Drake, Calvin Harris, Alicia Keys, Lady Gaga, P!nk, Shakira, Ed Sheeran, Sia, Sam Smith, Stargate, Taylor Swift, Walk The Moon, Kanye West and Pharrell Williams.

In November 2011, Bandier was instrumental in negotiating the acquisition of EMI Music Publishing by Sony Corporation of America and an investor group, for which Sony/ATV administers the EMI catalog. The acquisition was a professional and personal milestone, as prior to joining Sony/ATV, Bandier ran EMI Music Publishing for more than 17 years. Under his leadership, it became the world’s largest and most successful music publishing company, as he acquired the rights to some of the most famous songs ever written and signed many top songwriters and artists.

Within months of joining Sony/ATV, Bandier negotiated the acquisition of the Famous Music catalogue from Viacom. It comprises 125,000 songs, including scores from films such as “The Godfather,” “Braveheart” and “Mission: Impossible.” Bandier also oversaw the acquisition of the Leiber and Stoller catalogue in 2007, which includes one of the world’s best-known songs, “Stand By Me,” as well as more than 20 of the greatest songs ever recorded by Elvis Presley. On the stage, the company’s many recent successes include the award-winning “Beautiful–The Carole King Musical,” “Motown The Musical” and “Waitress.”

Bandier’s involvement in the music industry dates to 1975, when he and his two business partners formed The Entertainment Company, where he achieved hits with a number of best-selling songs. He went on to co-found the Entertainment Music Company and SBK Entertainment World, where he modernized music publishing by expanding the use of the catalogue in commercials, films, sound recordings and stage productions. He also set up an advanced collection system for SBK’s vast copyright holdings. SBK sold its music publishing interests to Thorn EMI in 1989.

Bandier’s many civic and industry commitments include membership on the boards of the City of Hope; MusiCares; the American Society of Composers, Authors and Publishers; the Songwriters Hall of Fame; and the National Music Publishers’ Association, where he is vice president of the Board of Directors.

In June 2003, Bandier was inducted into the Songwriters Hall of Fame as Patron of the Arts. He is also a trustee of Syracuse University and a 1994 Arents Award winner.

In February 2015, at the Pre-Grammy Gala in Beverly Hills, the Grammy Salute to Industry Icons honored him with the President’s Merit Award. He was the first-ever music publisher to receive the award.

For more information about his visit, contact Lisa Steele at 315.443.1388 or llsteele@syr.edu.