Transnational feminist disability studies is the focus of a groundbreaking, new book by a Syracuse University professor.

Eunjung Kim, dually appointed to the College of Arts and Sciences (A&S) and the School of Education, is the author of “Curative Violence: Rehabilitating Disability, Gender and Sexuality in Modern Korea” (Duke University Press, 2017).

Writing on transnational disability theory, Kim questions the assumption that treating disabilities with cure represents a universal good. She does so by examining the international politics of disease management and disability policies, as well as manifestations of violence embedded in forms of cures and their cultural representations in 20th- and 21st-century Korea. 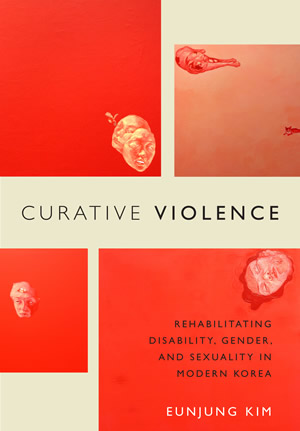 “The social and material investment in curing illnesses and disabilities tells us a lot about the relationship between disability and Korean nationalism,” says Kim, assistant professor of women’s and gender studies (WGS) in A&S. “I want to understand why cures often have violent effects that are physical and symbolic.”

“Curative Violence” takes into account historical and political shifts—notably colonial occupation and Korea’s division after World War II—that have affected how disabilities have been experienced and understood alongside gender and sexuality.

The book opens with a notorious 2005 incident involving South Korean scientist Hwang Woo Suk, who claimed to have successfully cloned “patient-specific embryonic stem cells.” Hwang insisted that he soon would be able to develop cures for many impairments, including spinal cord injury. Parts of his research, however, were found to be fraudulent.

Drawing connections between Hwang’s and American actor Christopher Reeve’s efforts to find a cure for spinal cord injury, Kim echoes the sentiments of disability rights activists who view disability as a form of diversity rather than a condition to be cured at all costs.

“This does not mean that communities of various disabilities have a monolithic position of ‘anti-cure,’” says Kim, who came to Syracuse in 2015, after serving on the faculty of the University of Wisconsin-Madison. “I look at cure as a negotiation between benefit, loss and harm.”

Chandra Talpade Mohanty, Distinguished Professor and chair of WGS, as well as Dean’s Professor of the Humanities, recently analyzed the introduction to Kim’s book in her transnational feminism graduate seminar. She says the text prompted a generative discussion about ways in which constructs of “folded time” and “curative violence” disrupt the normative focus of disability studies in the West.

“My students were moved by the text and were able to connect it to many of the theoretical discussions around transnational feminist frameworks that we had been developing in the seminar,” Mohanty says. “‘Curative Violence’ introduces brilliantly original conceptual tools that will have a lasting impact on transnational feminist disability studies.”

“I argue that placing responsibility on disabled and nondisabled mothers not to reproduce disabled children has a long history [in modern Korea],” says Kim, who also elaborates on the history of eugenics.

The next chapter, “Cure by Proxy,” surveys various folktales, film and literary works, in which a person known as a “proxy” supposedly compensates for the presence of disability by presenting a cure in the form of a miracle. A “proxy” usually is an able-bodied family member who expects some kind of supernatural, religious or moral reward in return.

The chapter is followed by one titled “Violence as a Way of Loving.” Addressing the link between violence and the discourse of cure, Kim challenges the prevailing notion that disabled women fail to fulfill gender and sexual expectations and, thus, require intervention.

“In order to be fully rehabilitated, there is pressure for disabled people to follow rigid gender and sexual norms,” Kim says. “I place the work of Korean feminist activists, who address the criminal justice system’s failure to recognize the severity of violence against disabled women committed in the name of curative intervention, alongside violent processes through which people with disabilities are reincorporated into society.”

Kim also riffs on how incidences of sexual violence often are linked to what is known as “corrective rape” against LGBTQIA-identified people with and without disability in many parts of the world.

Chapter 4, “Uninhabiting Family,” focuses on Hansen’s disease (also known as leprosy), an infectious disease that may result in disabilities. 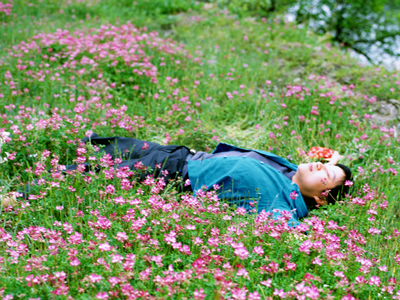 Kim explains that fear of Hansen’s disease has led to severe violence against affected people and to unnecessary, involuntary isolation—more a form of colonial and postcolonial social control than the result of a lack of knowledge or treatment. (Neither highly contagious nor fatal, Hansen’s disease is treatable and has decreased around the world significantly.)

“By studying the cultural and social elements of the stigmatization of the disease, we can better understand the social responses to disabilities and illnesses, as well as the practical and ethical limits of public health measures, in general,” she says.

The final chapter, “Curing Virginity,” involves the emerging public discourse on the “sex drive” of disabled people, focusing on men with physical disability, commercial sex services and humanitarian rhetoric. The section contains numerous cinematic and literary references, all of which seem to simplistically equate sexual oppression with lack of a sexual outlet.

“My hope is that these analyses serve as an investigation of the ways we can rethink cure, not as unequivocally beneficial and necessary, but as a set of political, moral, economic, emotional and ambivalent transactions that occur in social relations,” Kim says. “To rethink cure is to unfold the past, present and future in order to recognize the presence of disabilities and to create spaces for them.”

Already, “Curative Violence” has drawn praise from the field. Todd Henry, associate professor of history at the University of California (UC), San Diego, has written extensively about Korea under Japanese rule from 1910 to 1945. He considers “Curative Violence” a “bold, unique and well-articulated intervention” into Korean, disability, gender and sexual studies.

“Eunjung Kim helps us imagine a future that embraces disability not simply as something to fix, but as an intrinsic and even beautiful part of humanity—a critical approach, encouraging Koreans and others around the world to reorient our inherited notions of ‘health’ and ‘well-being,’” he writes.

Likewise, Mel Chen, associate professor of gender and women’s studies at UC-Berkeley, calls Kim’s book “striking and demanding.” “Her examination of South Korean biopolitical conditions in relation to cure sets an excellent example for transnational disability studies at large and has lessons for an impressively broad range of readers,” says Chen, an expert on queer and gender theory and disability studies.

At Syracuse, Vivian May views “Curative Violence” as a nuanced, cutting-edge text. “Eunjung exposes the underlying violence at work in everyday ideas about ‘cure’ and disability that shape national discourses, as well as resistance politics, including feminist politics,” says May, director of the Humanities Center and professor of WGS. “Taking on cultural, historical and biomedical imaginaries, Eunjung intervenes in eugenic and colonial ‘logics’ to set forth an alternative vision and calls for a life with disability that is free from the violence of forcible, compulsory cure.”

Kim is an expert on human rights communications, asexuality studies and decolonial disability theories, as well as gender, sexuality and their intersections with nationalism in films, policies and social movements. She is the author of dozens of scholarly articles, reviews and chapters (in English and Korean), and is an internationally sought-after lecturer and conference presenter.

After earning a Ph.D. in disability studies at the University of Illinois at Chicago, Kim held postdoctoral fellowships at Emory University and the University of Michigan-Ann Arbor. Her many honors and awards include a certificate of recognition from Syracuse’s Office of Disability Services.

“We are fortunate to have her as a colleague, scholar and teacher,” Mohanty adds.