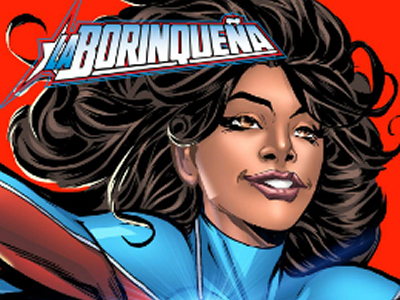 His visit is free and open to the public, and it’s part of La Casita’s annual “Diversity in Reading” campaign, raising awareness of and support for its bilingual library and dual-language literacy programs. For more information, call La Casita in the College of Arts and Sciences at 315.443.2151 or visit lacasita.syr.edu.

A 1989 graduate of Syracuse’s Fowler High School, Miranda-Rodriguez is the owner and art director of the Brooklyn-based production studio Somos Arte. The Puerto Rican artist also creates Latino superheroes for Marvel Comics and for Darryl Makes Comics, a publishing company he co-founded with Run-DMC’s Darryl McDaniels.

“Edgardo is a rising star in the comic book industry and the Latino community,” says Tere Paniagua ’82, executive director of A&S’ Office of Cultural Engagement for the Hispanic Community. “We are delighted he is coming here to present ‘La Borinqueña’ [named after Puerto Rico’s national anthem]. She is not just a pop icon; she is a symbol of hope, solidarity and justice for a demographic rarely represented in comic books.” 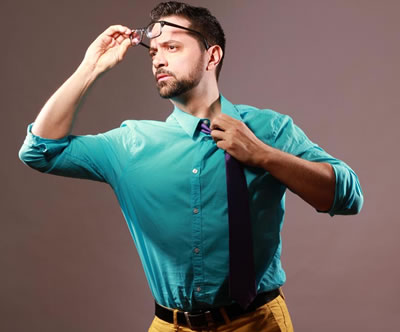 Miranda-Rodriguez recently created La Borinqueña in response to Puerto Rico’s financial crisis. Her real name is Marisol Ríos De La Luz, and she is a Nuyorican undergraduate at Columbia University. It is during a class trip to Puerto Rico that De La Luz discovers she has supernatural powers of flight, strength, weather manipulation and teleportation.

“It’s not about [her powers], but it’s about what the character represents,” Miranda-Rodriguez told The Washington Post. “She’s here to remind you that the power of our people comes from our people. We don’t have to ask for something when it is already within us. It’s a narrative that’s going to remind us of ourselves. We’ve always had that power. Being Puerto Rican is our superpower.”

Since graduating from Colgate University, Miranda-Rodriguez has done artwork for a variety of clients, ranging from Columbia University and Atlantic Records to CoverGirl, Olay and Pantene. He also has curated two exhibitions for Marvel and has worked as an illustrator and scriptwriter.

“This is a rare opportunity—for students, faculty and the community at large,” Paniagua says of his visit. 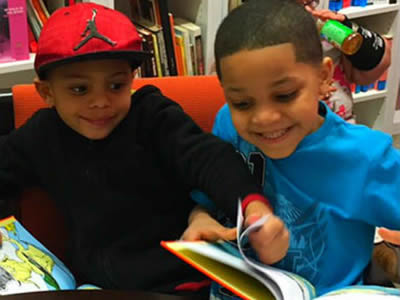 Upcoming “Diversity in Reading” events include an opening reception for a photography exhibition by members of La LUCHA (Latino Undergraduates Creating History in America) on Friday, April 21, at 5 p.m. and the kickoff of the Young Art exhibition on Saturday, May 6, at 1 p.m. The exhibition also celebrates the release of “Palo: A Chicken Mystery,” La Casita’s second bilingual children’s book. All events take place at La Casita.

Paniagua says Syracuse students were integral to the creation of both “MUSA” and “Palo.”

“We had an amazing team of editors, graphic designers and bilingual instructors,” says Paniagua, referring to the student volunteers. “It was particularly inspiring to see them mentor and work alongside children in our Dual-Language Reading Circle [which produced ‘Palo’].”

Paniagua says La Casita’s literacy programs serve dozens of students in grades Pre-K-6, most of whom hail from the West Side neighborhood. 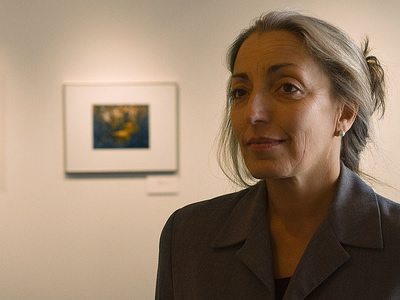 “Enrollment has increased by nearly 40 percent in the past year, sparking demand for more books, particularly titles by Caribbean and Latin American authors not found in other area libraries,” she adds.

The library also houses the Cultural Memory Archive, a repository of digital audiovisual materials; print documents; and oral history projects, including “Latinos and Baseball: In the Barrios and the Big Leagues,” which La Casita is organizing in conjunction with the Smithsonian Institution’s National Museum of American History and the Smithsonian Latino Center.

“Documenting our cultural history through the literary arts, scholarship and publications underscores what La Casita does,” Paniagua says. “La Casita is a living heritage center.”