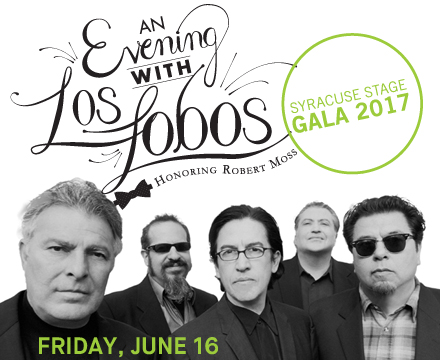 Tickets for the entire Gala event—including a cocktail reception, silent auction, dinner and concert—are available now online or by phone at 315.443.2709.

Los Lobos was formed in an East L.A. garage. The group’s sound is influenced by a mixture of genres, including rock ‘n’ roll, Tex-Mex, country, R&B, blues and traditional Spanish music. In 1987, the band released “La Bamba,” which became a worldwide hit. Los Lobos is often cited as one of the great bands of Latino Rock, but their sound has been considered a vital example of America’s cultural melting pot. Recently, Los Lobos was inducted into the Rock and Roll Hall of Fame.