The powerful music of German composer Kurt Weill comes to life in “Berlin to Broadway with Kurt Weill: A Musical Voyage” performed by the Syracuse University Department of Drama. From 1930s Berlin to 1950s America, Weill rose to international fame with his avant-garde style and gorgeous musical scores. This musical revue chronicling Weill’s rise to stardom opens at the Storch Theatre in the Syracuse Stage/SU Drama Complex, 820 E. Genesee St., on Saturday, May 6, and runs through Saturday, May 13. 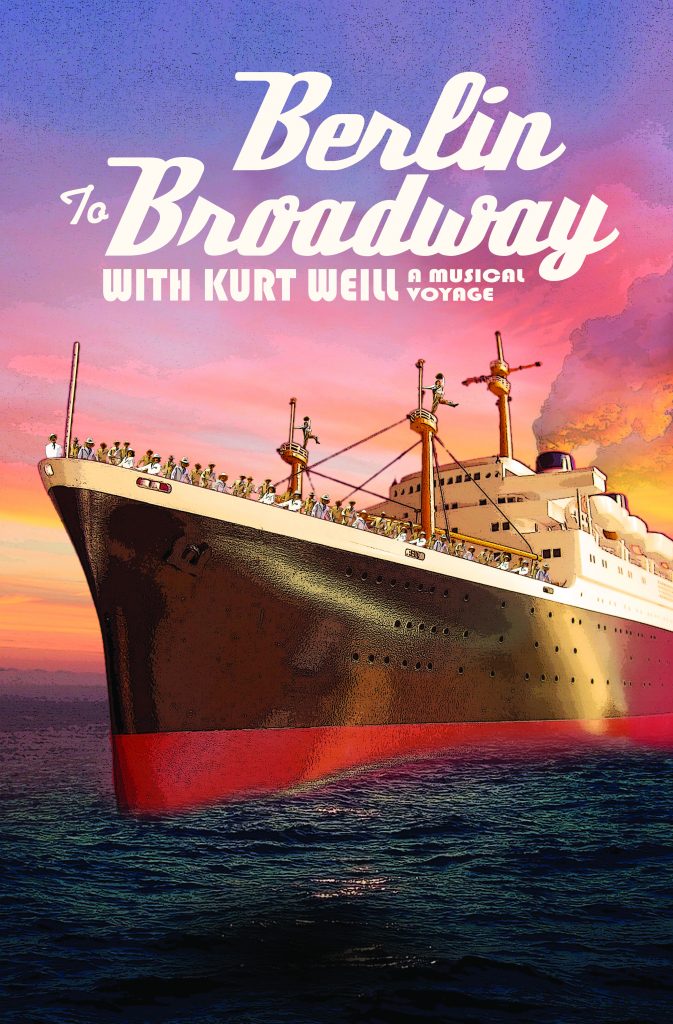 Weill’s musical career spanned 20 eventful years and included such notable works as “The Threepenny Opera,” “Knickerbocker Holiday” and “Lost in the Stars” to name just a few of the many pieces the composer completed in partnership with acclaimed dramatists such as Bertolt Brecht, Georg Kaiser and Maxwell Anderson. Weill’s work paved the way for a worldwide resurgence of the popularity of musicals and produced one of the most vital cultural creations from inter-war Europe.

Department of Drama faculty member David Lowenstein, who directs “Berlin to Broadway,” says he is thrilled to be a part of the production that honors Weill’s musical successes.

“The canon of music he left us in that relatively short period of time he was alive is by itself impressive,” Lowenstein says. “What’s so exciting about doing a show based on Weill’s work now is focusing on opening up the understanding that the themes he wrote about then are as prevalent and as rich now.”

To give the revue a contemporary feel (the original show premiered in 1974), Lowenstein intends to update the set and reconfigure some of the vocal arrangements. The original production was set entirely on a boat. Scenic designer Sofia Zavala plans to deconstruct that concept with a more suggestive and less literal approach. Plus, with a cast of 10 instead of the original four, Lowenstein has made musical shifts.

“I have redistributed some of the material and lines of the songs to divide the show into small group numbers and duets,” Lowenstein says. “Since the set is an abstract impression of a boat, the narrations are going to be adjusted. For example, in the original piece some of the chorus members proclaim that they are on a boat, but because this is not true for this production, so the dialogue for that must be altered.”

These changes to the original production are Lowenstein’s way of honoring the past without separating it entirely from a modern audience. Lowenstein explains that the adjustments are there to bring a connection between Weill’s music and the world of today. With subjects such as immigration, nationalism and identity, Weill’s compositions deserve to be showcased, Lowenstein says.

“There’s a song composed by Weill called ‘Cry, the Beloved Country’ that has lyrics similar to a protest song for today,” Lowenstein says. “It’s about how we have lost track of the truth and our connection with the land. Literally, there’s a relation here to climate, ecology and people’s sense of right and wrong. It’s just amazing to listen to.”