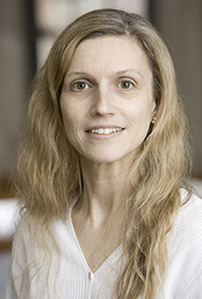 The lecture, “Lawmaking in a Behavioral Economics World: The Consumer Financial Protection Bureau’s Present and Future,” is free and open to the public; R.S.V.P. is strongly recommended.

To view the lecture via live stream, visit this page the day of the event.

Professor Jolls is currently the Gordon Bradford Tweedy Professor at Yale Law School and director of the Law and Economics Program at the National Bureau of Economics Research. Previously, she served as a law clerk for Supreme Court Justice Antonin Scalia. Jolls received a law degree from Harvard Law School and earned a Ph.D. in economics from M.I.T. Her 2011 book, “Behavioral Economics and the Law,” focused on the early evolution of behavioral economics both outside and within legal policy analysis and describes the central role of behavioral economics in such analysis today.

Her research and teaching concentrate focus on the areas of employment law, privacy law, behavioral law and economics, and government administration.

The Volcker Chair was endowed by Robert Menschel, senior director at Goldman Sachs Group and trustee emeritus of Syracuse University. “The critically important field of behavioral economics, although relatively new, has quickly become central to policy makers and corporate leaders in their decision making,” observes Menschel, the author of “Markets, Mobs, and Mayhem:  A Modern Look at the Madness of Crowds.”  “Paul Volcker is the nation’s preeminent economist who epitomizes the very best thinking in this area.”

Volcker’s distinguished career includes eight years as chairman of the Board of Governors of the Federal Reserve under Presidents Carter and Reagan; four years as president of the Federal Reserve Bank of New York; and two years as chair of President Obama’s Economic Recovery Advisory Board. In addition, he served as Undersecretary of Treasury for international monetary affairs and was chairman of the New York investment banking firm, J. Rothschild, Wolfensohn & Co.

Leonard Burman, the Paul Volcker Chair in Behavioral Economics, hosts the Paul Volcker Lecture and Symposium. Burman, in collaboration with colleagues in Maxwell’s Center for Policy Research, where he is a senior research associate, organizes an annual conference or lecture on a public policy topic drawing on the insights and perspectives of behavioral economics. In addition, graduate students, in public administration and economics, organize a companion research symposium featuring scholars working at the cutting edge of research in behavioral economics and public policy.