Hank Greenwald: A Great Syracuse Alumnus, a Broadcasting Giant, on the Hope of Opening Day 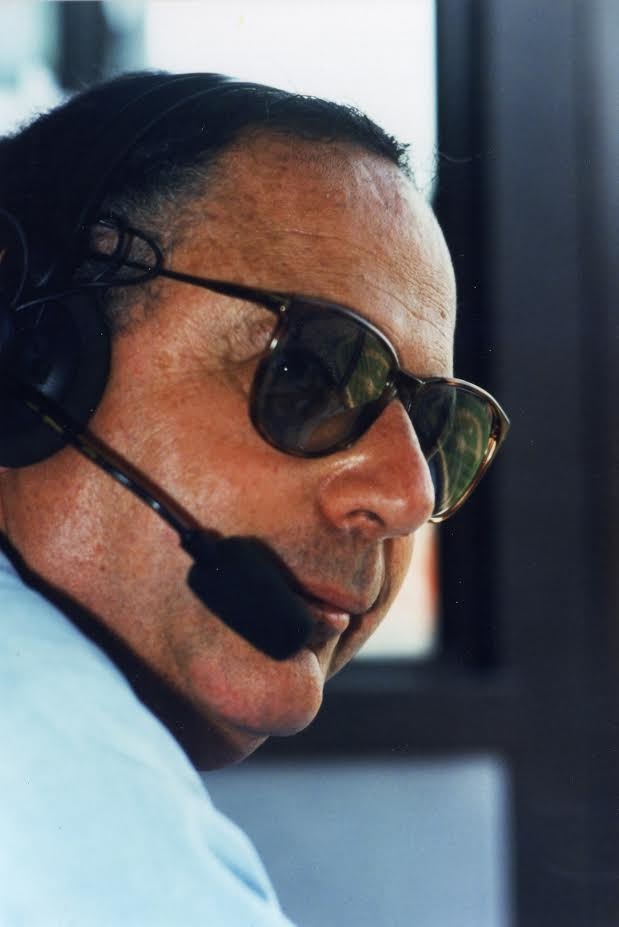 In his early childhood in Detroit, just after World War II, he felt the electricity when his hometown Tigers opened the baseball season at the legendary ballpark known then as Briggs Stadium.

Later, after his family moved to Rochester, New York, he’d sometimes ask permission to play hooky from school so he could show up as the Rochester Red Wings, a minor league club, began a new campaign.

He left Rochester to attend Syracuse University, where he studied to become a broadcaster. He remembers how he and a close friend, Jerry Hoffman, would do the play-by-play for WAER, the campus radio station, when the University still had a baseball team that played at the long-gone Lew Carr Field.

Greenwald went on to become a nationally renowned broadcaster with the San Francisco Giants, a guy whose first game with San Francisco in 1979 was on opening day for the entire Major Leagues, in Cincinnati.

Every sports journalist who’s experienced baseball in April knows exactly how he felt. Conditions were cold and raw, dropping to 38 degrees. The concrete floor beneath his feet felt like ice. The only extra heat available came from a small hair dryer. Greenwald couldn’t wait to warm up, after the game.

Still, it was opening day—not only to a season but to a legendary career.

At 81, he is retired, and he walks with a cane because his “legs are shot.” The Giants will open up Sunday against Arizona, on the road. Greenwald will watch that game with his wife, Carla, from their San Francisco living room. He said he still makes it to occasional games at AT&T Park, sitting with other retired writers and broadcasters in what he calls—in classic low-key humor—“the assisted living section” of the press box.

At home or at the ballpark, one thing hasn’t changed:

Some of that was built during his years in Syracuse. “He might not say it, but he always thinks of Syracuse as his hometown,” says Hoffman, retired chief executive officer of the Onondaga County Medical Society. “Hank loves it here.”

Greenwald handled play-by-by for University baseball games and would later do some games with the Syracuse Chiefs, the city’s International League team. It was often gray and overcast for April baseball in Central New York, but the meaning of opening day—now and then—was not about the weather at the time:

What mattered was the promise.

In Syracuse, the snowiest big city in the nation, the return of baseball always signaled that warmer days were surely coming.

As for San Francisco? “I always explain the weather this way,” Greenwald says. “In the winter, the good news it’s always somewhere around 58 to 62 degrees, and the bad news is it’s exactly the same way in the summer.”

He graduated from Syracuse in 1957—football legend Jim Brown was a classmate—and he expects to be in town twice this year. This summer, he’ll travel to Cooperstown for the induction ceremonies for the National Baseball Hall of Fame and Museum. The late Bill King, a friend who partnered with Greenwald when they did play-by-play for Golden State Warriors basketball games, earned baseball’s Ford C. Frick Award for his work as the longtime voice of the Oakland Athletics.

On his way home, Greenwald will stop to see Hoffman, a ’57 classmate who still lives in greater Syracuse. They’ll talk about their plans for the coming autumn, when they’ll be together for their 60th class reunion. The Greenwalds have already booked a room in the Marriott Syracuse Downtown, the new name for the restored Hotel Syracuse.

“I was thrilled to hear it reopened,” Greenwald says. “Boy, if you were in college and you had a meeting at that hotel: That was the place.” 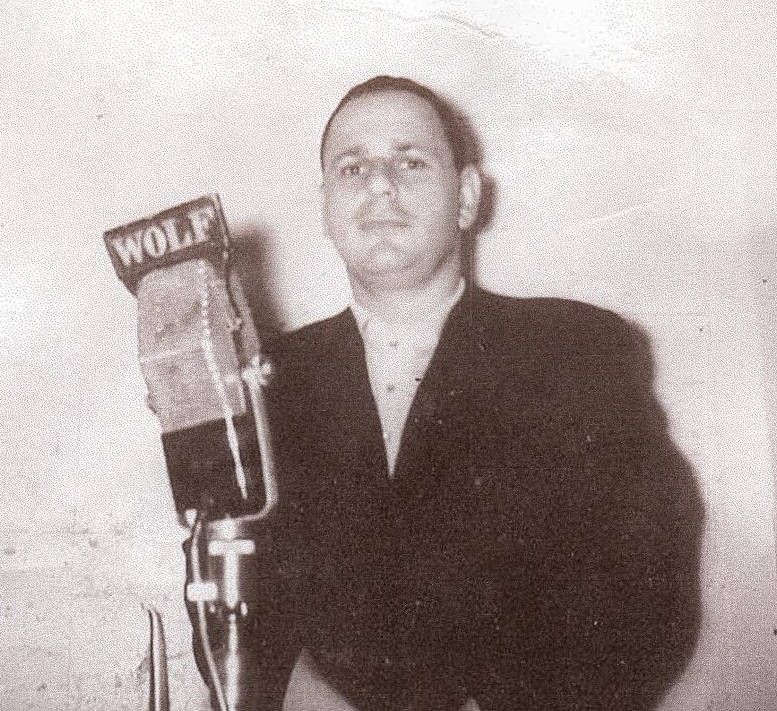 Greenwald’s been around for a little of everything in his broadcasting career. Sixty years ago, he and Hoffman routinely broadcast Syracuse high school football games, from the old Roosevelt Field. But they also followed the Orange men’s basketball team that made a run deep into the NCAA playoffs, before that squad lost to North Carolina, the eventual national champions. After graduating, Greenwald  returned to Syracuse in the early 1960s to work for WOLF radio.

He broadcast some games for the old Syracuse Nationals of the National Basketball Association, until the Nats left in 1963 to become the Philadelphia 76ers. In Syracuse, the Nats were the last of the NBA’s true small market teams, and it was clear to most observers that their days were numbered.

“It was like having a friend you know is dying,” Greenwald says, “but it’s still a shock when it happens.”

He also called five seasons of Syracuse University football games, including the 1961 Heisman Trophy season of Ernie Davis, lost as a young man to leukemia. Almost 60 years later, with full appreciation of Davis as both an athlete and a human being, Greenwald speaks of that ‘61 season with reverence:

“It was a privilege,” he says.

He developed his skills on campus at WAER, where he built friendships that have lasted for his entire life. His time as a broadcaster in Syracuse gave him a unique bond to both the campus and the city. He has heard, for instance, of all the impending changes surrounding Marshall Street, and he says he can accept them, depending on one thing:

“Just so long as The Varsity’s still there,” Greenwald says.

With baseball, the connection is especially intimate. Greenwald’s true first name is Howard, but he couldn’t stand being called “Howie.” He began going by “Hank” because he was a Jewish kid from Detroit when Hank Greenberg, one of the few Jewish players of the time, was an icon with the Tigers.

And he turned into part of the Bay Area fabric with the Giants, at Candlestick Park.

It was a miserable place for the game, Greenwald recalls, so windy that “you would see guys rubbing their eyes as they stood there in the batting box, and those kind of conditions, after a while, take a toll.” In that atmosphere, it was his job to be reflective and philosophical and simply very funny.

“Hank always, always had a great and original sense of humor,” Hoffman says.

He made the call when the Giants finally won the National League pennant in 1989, for the first time in 27 years. He remembers the earthquake that disrupted the Bay Area World Series, in which Oakland knocked off San Francisco.

“The fact that Candlestick survived,” Greenwald says, “was a bit of a disappointment.”

At 81, he has been around long enough to see all the great changes in baseball: He remembers the Dodgers and Giants going west, to California. When he was born, there were only 16 teams in the majors, a number that has almost doubled. He remains skeptical about such innovations as the designated hitter rule and the interleague play that Greenwald sees as pointless and often unfair.

And yet, above all else, baseball remains baseball. “It’s still only 90 feet between the bases,” he says. He insists any honest observer must admit that the abilities of today’s players are off the charts, that the greatest athletes to ever play the game now walk the field.

It was always his job to study them, to gently reflect on their idiosyncrasies, on their routines. Sometimes they could seem aloof, grown men doing their job, veterans who saw baseball primarily as a business. But in April, for one sweet game, all of that would change. Greenwald would see any pretense fall away as the players joyfully assembled in the dugout.

Even tough guys felt the magic, on opening day.

The Syracuse Chiefs, the longtime International League club that Greenwald remembers with great fondness, open their season Thursday, April 6, with a 2:05 p.m. game against the Rochester Red Wings at NBT Bank Stadium.