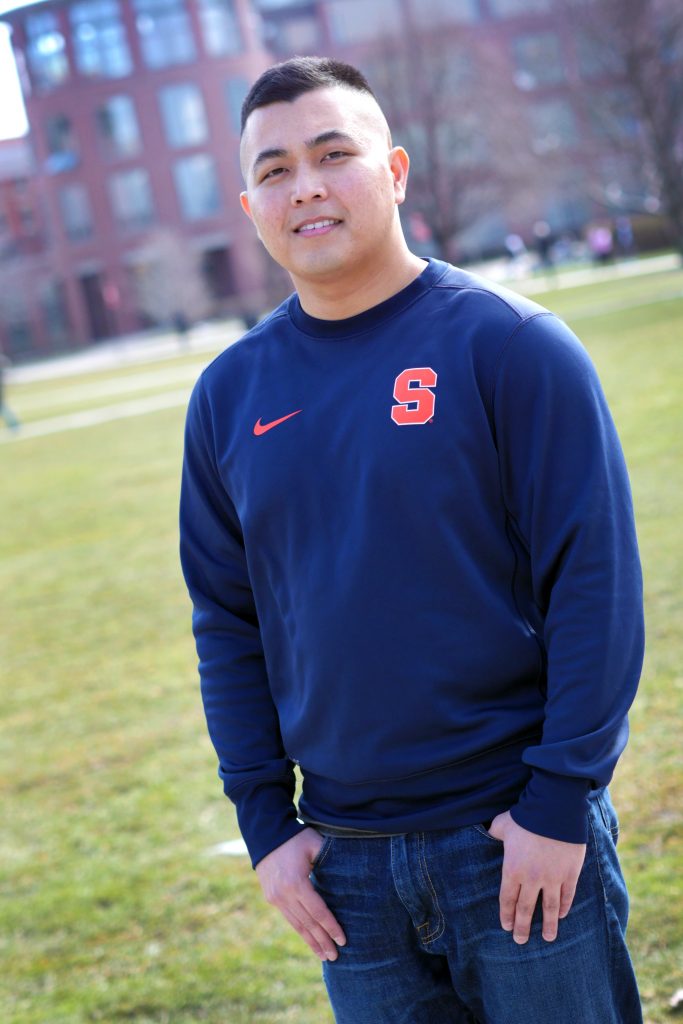 Joel Rempillo is a biochemistry and pre-medicine major in the College of Arts and Sciences, originally from the Philippines. It was while serving in the U.S Army as an aviation sergeant that he decided to pursue his education at Syracuse University.

After graduation, Rempillo wants to further his education by pursuing an M.D. and a Ph.D. in medical science. He says the faculty A&S has been a guiding force to help him choose his career path: “Each and every faculty member I know, especially in the chemistry and biology departments, had influenced my dedication to pursue my academic goals.”

Rempillo is a member of Phi Delta Epsilon Pre-Medical Fraternity, the American Chemical Society and Army ROTC. Moreover, he is involved in biochemistry research and volunteered at the Emergency Department at Upstate University Hospital last year.

“Syracuse University has given me countless opportunities since my first semester,” he says. “My acceptance to the Renée Crown Honors Program allowed me to experience first-hand research and connect to the community outside the campus. The Veterans Resource Center also helped my transition into academic life.”

Rempillo says the campus architecture is one of his favorite features of the University. He also appreciates the University’s efforts to accommodate veterans through its various resources and connections. He likes to study and do homework in the Milton Atrium and says he finds the café there very convenient for a quick snack or coffee.

Among things to do in Central New York, Rempillo likes to visit local restaurants around Syracuse. From time to time, he enjoys a run along Onondaga Lake Park.