Symposium Focuses on Place of Religion in Film 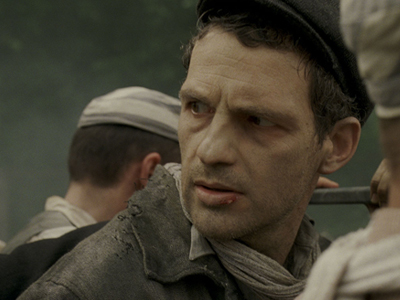 László Nemes’ 2015 film “Son of Saul” has earned a slew of awards, including the Cannes Grand Prix, a Golden Globe and an Oscar. Set in Auschwitz-Birkenau at the end of the war, it also has spurred debate over the appropriate way to portray the Holocaust in film. The Place of Religion in Film, a symposium Thursday, March 30, to Saturday, April 1, will feature a screening of the film and discussion of the complex issues it raises.

The Place of Religion in Film, presented as part of the 2017 Ray Smith Symposium, will include panels featuring 44 papers by scholars from 12 countries. It also includes screenings of “Son of Saul” and “What Now? Remind Me” (Joaquim Pinto, 2013) and plenary sessions, which are free and open to the public.

“I was drawn to this topic because of my research,” says M. Gail Hamner, religion professor and symposium organizer. “I was already attuned to the structural aspects of film that point to religious meaning. This goes beyond images like a crucifix or clerical collar.”

“Son of Saul,” Friday’s featured film, does not focus directly on the many horrors of the concentration camp, but on what The New York Times calls “direct, experiential and visceral engagement with these events by maintaining a relentless focus on the minute-to-minute unfolding of” of the protagonist’s world. Saul belongs to the Sonderkommando, prisoners–usually Jewish—that the Nazis forced to guide people to the gas chambers, collect valuables from corpses and dispose of bodies.

“The film is part of this larger conversation about Holocaust art,” Hamner says. “It’s very beautiful and very thoughtful. It is definitely troubling, as I think a movie on the Holocaust should be. The movie has its own aesthetic compulsion that leads us to think about the Holocaust.” 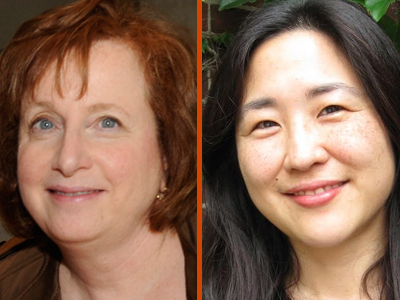 The plenary features Sara Horowitz, professor at York University, Toronto, and June Hwang, associate professor of German at the University of Rochester. Horowitz is author of “Voicing the Void: Muteness and Memory in Holocaust Fiction” (State University of New York Press, 1997). She has published extensively on Holocaust literature, women survivors, Jewish American fiction and pedagogy. She is working on a book titled “Gender, Genocide and Jewish Memory.”

Hwang specializes in 20th-century literature, film and culture, with an emphasis on German Jewish identity, Holocaust studies, questions of modernity, film theory and critical theory. She is the author of “Lost in Time: Locating the Stranger in German Modernity” (Northwestern University Press, 2014).

“What Now? Remind Me” documents a year in the life of Portuguese filmmaker Pinto and his husband, Nuno Leonel, as Pinto undergoes experimental drug treatment for AIDS. The New Yorker called the film an “intimate and finely wrought self-portrait” that depicts Pinto’s “condition with incisive visual imagination and takes his current situation as a springboard for free flights of memory.”

“This film reminded me of what Roger Hallas calls a visual essay,” Hamner says. “Pinto wanted to record the pains and pleasures of this year. It’s poetic and beautiful.” The film “takes the opportunity to think about the condition of his human life as well as the condition of all human life and the preciousness of those everyday moments. It’s this incredible poem about life.”

While the religious theme of “Son of Saul” is obvious, here it’s much more subtle. “About a third of the way through the film, Pinto picks up Augustine’s ‘Confessions,’” she says. St. Augustine of Hippo wrote “Confessions” around CE 400 to outline his conversion to Christianity.

“To anyone thinking about memoir, this is a huge reference,” Hamner explains. “It’s a foundational text in religion. From that point on, you begin to see references to Christianity in the film.”

Pinto will speak at the plenary session following screening of his film. He is a sound designer, producer and director who has worked on more than 100 films, including several projects with Leonel. “What Now? Remind Me” won a Special Jury Prize and the FIPRESCI (International Federation of Film Critics) Award at the Locarno Film Festival and Best International Film awards at FIDBA (International Documentary Film Festival) and DocLisboa.

Panels on Friday and Saturday focus on topics that include postcolonial imaginary, spiritual experience in film, theological effects of place and religion across film genre. The diversity of scholars, disciplines and topics in the symposium “shows the draw of what we can offer here,” Hamner says.

“These panels and plenaries are scholarly efforts that give all of us opportunities to think more deeply about the fraught nature of place,” she adds. “The conflicting histories and memories of a place sediment into soil, buildings, agriculture, and paths worn by countless footsteps. These histories and memories form the lived religious and political edges of place, in all of their joy and violence.”

Here is the schedule of public events:

Saturday, April 1: “What Now? Remind Me”

Ahead of Syracuse’s symposium, Pinto will participate in Strange Truth, a film festival at Haverford College in Pennsylvania. Two of Pinto’s films will be screened there. That event highlights regional interest in his work. Hamner says. Pinto’s visit to the United States this spring has been jointly organized by Hamner and Haverford College professor and co-organizer of Strange Truth, Vicky Funari.

Sponsors for the symposium include the Syracuse University Humanities Council, Humanities Center and Religion Department. Pinto’s plenary session is made possible in part with public funds from the New York State Council on the Arts’ 2017 Electronic Media and Film Presentation Funds Grant program, administered by The ARTS Council of the Southern Finger Lakes.