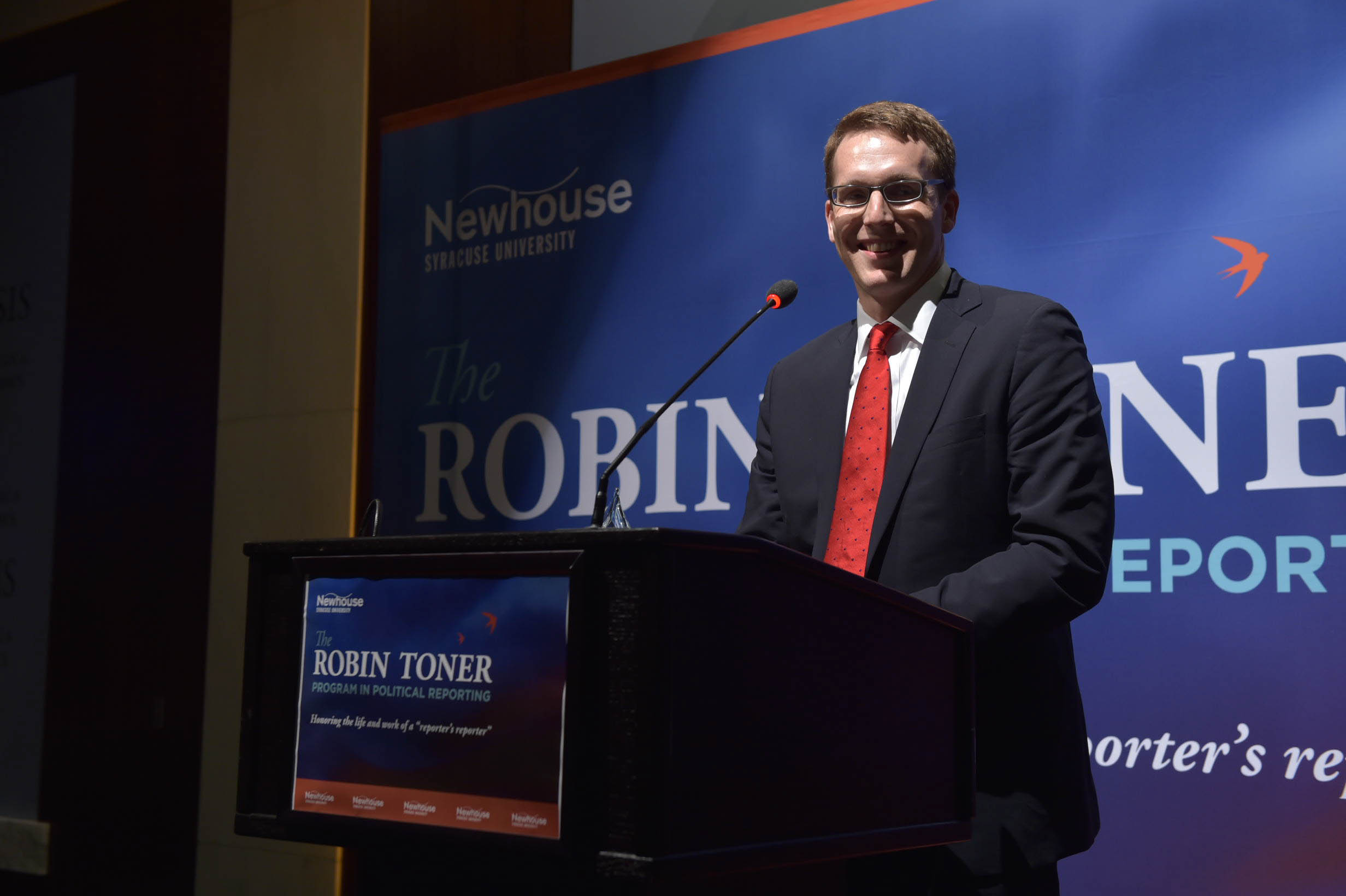 The prize was awarded by Toner’s twin children, Nora and Jacob Toner Gosselin, at a celebration dinner March 27 in Washington, D.C. The keynote speaker was Gov. John Kasich of Ohio.

Fahrenthold won for “A Portrait of Donald Trump,” a series of articles highlighting his yearlong reporting on Trump. 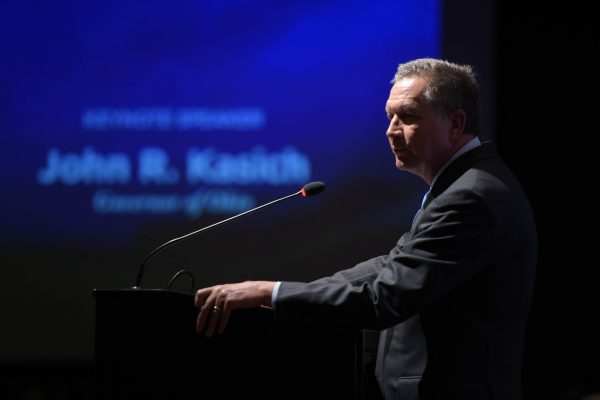 Fahrenthold wrote about Trump’s many unfulfilled promises to donate to charity, and discovered that the Donald J. Trump Foundation had apparently violated the law by using money meant for charity to buy portraits of Trump and to pay off his business’s legal obligations. Fahrenthold also revealed the existence of a 2005 video in which Trump bragged on a hot mic about groping women.

Fahrenthold is the seventh winner of the Toner Prize. Previous winners are Alec MacGillis of ProPublica; Dan Balz and Karen Tumulty, both of The Washington Post; Molly Ball of The Atlantic; Jane Mayer of The New Yorker; and Craig Harris of The Arizona Republic.

Alongside Fahrenthold, three reporters from The New York Times received an honorable mention. David E. Sanger, Scott Shane and Eric Lipton were recognized for “The Perfect Weapon: How Russian Cyberpower Invaded the U.S.,” which covered the Russian cyber-attacks in the 2016 presidential election. Judge Adam Clymer called it “Great reporting on the most important political story of the year—or perhaps, the century.” 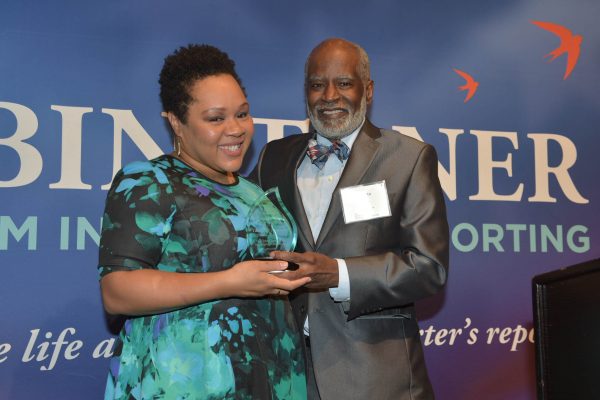 In addition, New York Times national reporter Yamiche Alcindor was honored in a tribute to late “PBS NewsHour” anchor Gwen Ifill, who passed away late last year. Ifill was a longtime colleague and friend of Toner and a founding member of the Toner Program in Political Reporting, which administers the Toner Prize. Her brother, Roberto “Bert” Ifill, presented the award to Alcindor, who was recognized for reflecting qualities that were the hallmark of Gwen Ifill’s career—passion for non-partisan reporting, intelligent and eloquent storytelling, and commitment to journalism’s public service mission.

This year’s Toner Prize competition drew 147 entries from across the country and from across media platforms—including local television, digital-only news outlets and broadcast networks, as well as national and community newspapers.

Robin Toner spent 25 years as a reporter for The New York Times. She began her journalism career in West Virginia with the Charleston Daily Mail and reported for The Atlanta Journal-Constitution. For The New York Times, she covered five presidential campaigns, scores of Congressional and gubernatorial races, and most of the nation’s major public policy issues. She died in 2008.

Her family, friends, classmates and Syracuse University have created an endowment for the Robin Toner Program in Political Reporting at the Newhouse School.