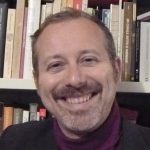 Syracuse Symposium continues its yearlong study of “Place” with a visit by a scholar of modern Italian literature.

Mauro Novelli, associate professor of contemporary Italian literature at The University of Milan, will discuss “Places of Resistance: Simulation and Dissimulation in Modern Italian Provincial Literature” on Tuesday, April 4, from 3:30-4:45 p.m. in the Peter Graham Scholarly Commons (114 Bird Library).

The following day, he will participate in a special “Meet the Scholar Coffee Hour” from 10-11 a.m. in 304 Tolley Humanities Building.

Free and open to the public, both events will draw on Novelli’s vast knowledge of Fascist Italy (c. 1922-43). For more information, contact the Humanities Center in the College of Arts and Sciences at 315.443.7192, or visit humcenter.syr.edu.

“Professor Novelli’s visit is timely, given the current political climate,” says Vivian May, director of the Humanities Center and professor of women’s and gender studies in A&S. “Much of his work analyzes the ideological function of literature and culture in Italian Fascism. He will consider, among other things, how literature has justified, endured and fought the terrors of a totalitarian regime.”

Stefano Giannini, associate professor of Italian and chair of the Department of Languages, Literatures and Linguistics in A&S, is organizing Novelli’s visit. Giannini anticipates a nuanced conversation about the use of simulation and dissimulation in contemporary Italian literature.

“Simulation and dissimulation are protective rhetorical devices that, despite their negative connotations, possess positive traits,” Giannini says. “In ‘Places of Resistance,’ Dr. Novelli will examine how literary characters, living on the periphery of Italy during Fascism, fight political oppression by dissimulating their intentions.”

Simulation is the act of pretending or deceiving; dissimulation is concealing or disguising one’s true thoughts or motives. 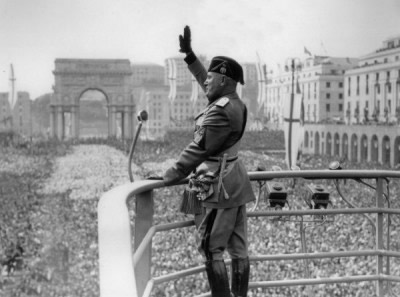 In life as in art, fascism has come in many forms. Novelli warns that it would be overly simplistic to think all Italians embraced fascism out of convenience or because they were forced to do so.

“Benito Mussolini was interested in a new avant-garde that merged art and life, and could be easily communicated to the masses,” says Giannini, regarding Italy’s notorious prime minister and founder of fascism. “The result was a literary aesthetic—a kind of ‘spiritual realism,’ as it was called—that enabled writers to manipulate reality in service of a moral vision, thus fostering changes in collective behavior.”

Ultimately, fascism did not spawn the type of literature that Mussolini envisioned. Scholars blame the failure on stifling intellectual conditions and a contempt for democracy.

Among the writers Novelli will discuss are Giuseppe Antonio Borgese, Ignazio Silone, Benedetto Croce and Curzio Malaparte, all vocal opponents of fascism.

“Dr. Novelli will examine how literature was manipulated and made into vehicles of mass deception,” Giannini says. “Novelists often used code language and symbolism in their stories, proving that censorship and adversity could, at times, serve a creative purpose. Once freed of government scrutiny, there was an explosion of nonrealistic work after World War II.” 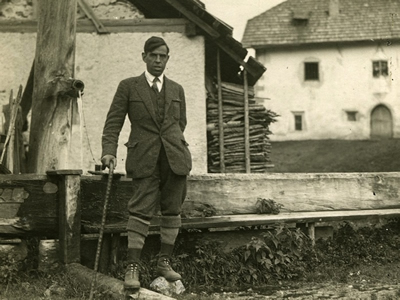 An expert on contemporary Italian literature and culture, Novelli also studies dialect poetry, the 19th-century Scapigliatura movement and Italian crime fiction. He is the author of three books and more than 250 scholarly and popular articles, and is an internationally sought-after lecturer.