The fall 2017 course CRS 360: Rhetoric and Popular Culture in the College of Visual and Performing Arts’ Department of Communication and Rhetorical Studies (CRS) will focus on President Donald Trump and the current intersection of politics and popular culture in the U.S. 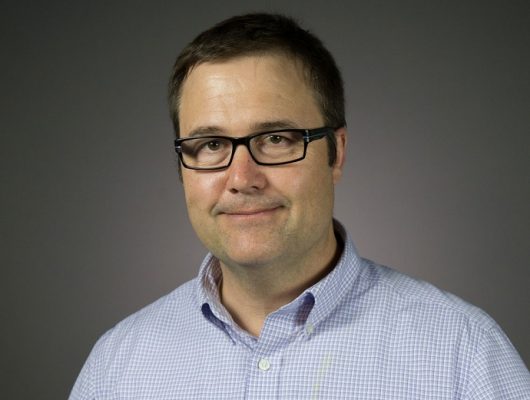 The course will be taught by Kendall Phillips, a professor of CRS whose research and teaching interests are in contemporary rhetorical theory and criticism. He emphasizes that the course is not about the Trump administration or its policies; instead, it will look at Trump as both a unique figure—a president without previous elected experience or military service—and a not-so-unique figure—a president who is also a celebrity.

“We have had presidents who had celebrity status—Ronald Reagan was a movie star after all,” says Phillips. “We’ve also had presidents who continued to be celebrities during their time in office. So this course will explore various aspects of popular culture as they relate to the Trump presidency—celebrity culture, social media, social protest and the very nature of the presidency as a kind of celebrity status.

“In my mind, rhetoric is the perfect field to study this phenomenon,” adds Phillips. “Not only do we have critical theories of media and popular culture, but we also have a long tradition of examining political and presidential discourse. Part of the goal of the course will be for students to see the way these different aspects of culture–popular and political—intersect and affect each other.”

Rhetoric and Popular Culture is open to Syracuse University undergraduate students. For more information about the course, email Phillips at kphillip@syr.edu.