Clemence to Present on ‘Engineering History of the Erie Canal’

Samuel P. Clemence, interim dean of Hendricks Chapel and professor emeritus in the College of Engineering and Computer Science, will speak on “The Engineering History of the Erie Canal” on Tuesday, March 28, at 5 p.m. in the Peter Graham Scholarly Commons in E.S. Bird Library. 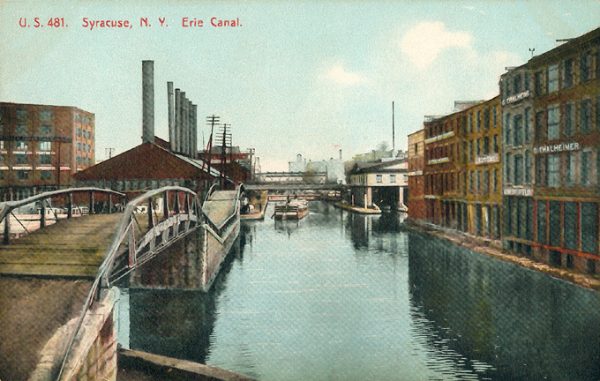 Famous in song and story, the Erie Canal linked the waters of Lake Erie in the west to the Hudson River in the east. The canal’s engineering achievements are one of the great stories of American technology. Following the canal’s opening in 1825, upstate New York became the equivalent of today’s “Silicon Valley.” Its impact was extraordinary, both on the state of New York and the entire United States. It has been called the Mother of Cities, Pathway to an Empire and the Eighth Wonder of the World. Clemence’s multimedia presentation will include songs, video and animations that describe the planning, construction and completion of the canal.

The lecture, which will be followed by a reception, is free and open to the public.

Clemence joined Syracuse’s Department of Civil and Environmental Engineering in 1977 as an associate professor. His previous academic service was at the University of Missouri-Rolla from 1973-77. Prior to entering academics, he was employed by several consulting engineering firms and served six years as a naval officer in the U.S. Navy Civil Engineer Corps. He supervised engineering and construction projects in Vietnam, Thailand, the South Pacific, Spain and the United States.

Clemence is a fellow in the American Society of Civil Engineers, a member of Chi Epsilon and Sigma Xi, and was elected to Tau Beta Pi as an Eminent Engineer in 1977. He is the editor of three books and author or co-author of more than 60 technical publications. He served as senior associate dean of the College of Engineering and Computer Science from 1991-96. Clemence received a Ph.D. in civil engineering from the Georgia Institute of Technology in 1973.