Donny Jackson, executive producer and show runner for CNN’s “United Shades of America with Kamau Bell,” will visit the Newhouse School on Monday, April 3, for the 16th Annual Conversation on Race and Entertainment Media. Assistant professor of communications Charisse L’Pree will moderate a discussion with Jackson at 7:30 p.m. in the Joyce Hergenhan Auditorium, Newhouse 3. Follow on Twitter at #JournalismMatters. 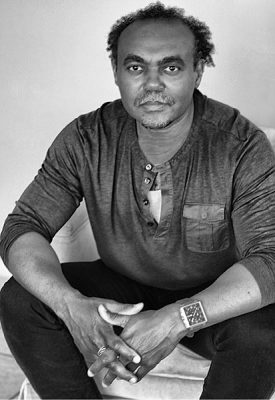 In addition to his work with “United Shades of America,” Jackson has produced “R&B Divas” (TV One), “Mary Mary” (WE), “The Surreal Life” (WB) and “The Bachelor” (ABC). He has been involved with programs on a wide range of topics, including music, sports, education, journalism and social media.

As a clinical psychologist with a specialty in conflict resolution, Jackson brings unique perspectives and skills to producing unscripted television. In a media environment where conflict appears invaluable, he uses media to deepen the conversation and resolve conflicts.

Jackson earned a bachelor’s degree in psychology at the University of Maryland, College Park and a doctorate in clinical psychology at Hahnemann University (now Drexel University) in Philadelphia. Prior to producing television, he worked as a consultant and clinical trainer in California, Pennsylvania and New York; served as the director of the Psychological Service Center at Widener University in suburban Philadelphia; and worked with young men in the court system in Philadelphia.

Jackson is also an accomplished writer and spoken word poet whose work has been featured by artists like Tshaka Campbell, Jaidene Veda and Russell Simmons. His one-man, multi-character spoken word play, “One Man Shown,” will return to the Greenway Court Theatre in Los Angeles in fall 2018.