The Newhouse School will host a two-day event focused on race and the media Wednesday, March 29, and Thursday, March 30. The symposium will include discussions of the ways our media and our country do—and don’t—explore critical issues of race and diversity. Follow on Twitter at #raceandmediasu and #JournalismMatters. 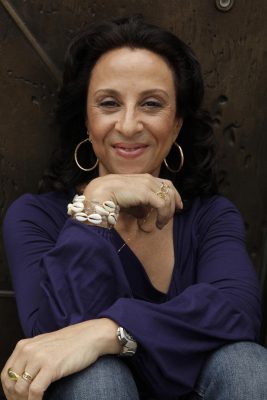 The event will kick off with a keynote address by Maria Hinojosa on Wednesday at 7 p.m. in the Joyce Hergenhan Auditorium in Newhouse 3. Hinojosa is anchor and executive producer of “Latino USA,” distributed by NPR, and the PBS show “America By The Numbers with Maria Hinojosa.” She is also founder of the Futuro Media Group, which explores the diversity of the American experience. Her talk is co-sponsored by the Syracuse student chapter of the National Association of Hispanic Journalists.

On Thursday from 9:30 to 11 a.m. in the Joyce Hergenhan Auditorium, four featured speakers will give 10-minute, TED Talk-style remarks on topics relating to race and media. Speaking are:

The event is free and open to the public. For more information, contact Christi MacClurg at 315.443.1010 or mcmacclu@syr.edu.