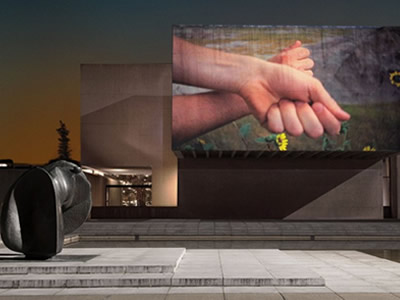 Syracuse Symposium continues its yearlong look at “Place” with an evening of video and experimental film.

Urban Video Project (UVP) will present a program titled “Haunted Ethnography: new experimental documentary” on Thursday, March 9, from 6:30-8:30 p.m. in Hosmer Auditorium of the Everson Museum of Art (401 Harrison St., Syracuse). Mounted in conjunction with a UVP group exhibition by the same name, the program features six works by a trio of emerging filmmakers: Carl Elsaesser, Sky Hopinka and João Vieira Torres. All three will participate in a Q&A, followed by an artist reception in the Everson Plaza.

The event is free and open to the public. For more information, contact the Humanities Center in the College of Arts and Sciences at 315.443.7192 or visit humcenter.syr.edu.

UVP is a multi-media public art initiative of Light Work and the University, carried out in partnership with the Everson and Onondaga County.

“This exhibition explores the rich, problematic genre of ethnographic documentary, as a locus of aesthetic and conceptual innovation,” says Anneka Herre, UVP’s director and an instructor of transmedia core in the College of Visual and Performing Arts. “These films blur the boundary between the ethnographic and auto-ethnographic, altering our conception of how we interact with one another and with the world around us.”

Common to all three filmmakers is an abiding interest in ethnography, the study of how people live and make sense of their lives in a particular place. 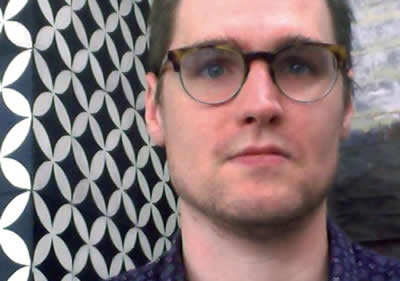 Elsaesser is an award-winning filmmaker from Maine whose work examines aesthetics of identity and narrative representative. He will present and discuss “Vague Images at the Beginning and End of the Day” (2016) and “Project Gasbuggy” (2014), both of which question how images are constructed, encountered and interpreted.

“[My films] address a desire to see what can be stated in a system, where normative values are denied, and concepts of resolution are suspended,” says Elsaesser, a graduate student in The University of Iowa’s cinematic arts department.

A native of Bellingham, Wash., Hopinka is a member of the Ho-Chunk Nation of indigenous peoples and a descendant of the Pechanga Band of Luiseño Indians, whose history stretches back more than 10,000 years. His work focuses on what he describes as “personal positions of homeland and landscape, designs of language and the facets of culture contained within.” 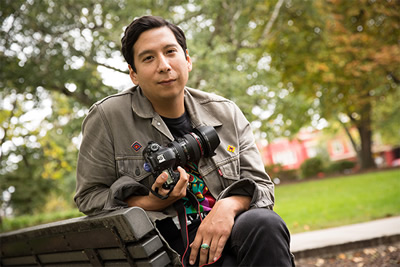 Hopinka will screen “I’ll Remember You as You Were, Not as What You’ll Become” (2016), an elegy to Native American poet Diane Burns, and “Jáaji Approx.” (2015), featuring audio recordings of his father and videos of landscapes they have traversed separately.

Torres is a filmmaker, actor and artist who splits time between France and his native Brazil. He will present “Ghost Children” (2016), a self-described “procession of cheap snapshots, assembled from discarded family albums,” narrated with personal tales of birth and death, and “Toré” (2015), in which he explores the limits of what can be seen and shown, after being asked to document a ritual in a remote region of Brazil. His work appears at festivals on both sides of the Atlantic.

“We’re excited to partner with UVP in a program showcasing ethnographic films and the notion of ‘haunting,’ to focus on elements of memory, history, land and power,” says Vivian May, director of the Humanities Center and professor of women’s and gender studies. “As a composite, these films complicate our understanding of self and others, and help create bridges across time, place and circumstance. The films’ visual storytelling encourages us to come to know each other differently and to perceive reality in new ways.”

The outdoor exhibition of “Haunted Ethnography” runs at UVP Everson until Saturday, March 25. The show is part of a yearlong UVP exhibition titled “Interzones,” exploring liminal states, haunted places and the space in-between.

UVP operates a permanent architectural projection venue on the facade of the Everson, transforming the adjoining plaza into a public video installation every Thursday through Saturday night. Time Warner Cable provides UVP with the technology to operate a permanent exhibition site, as well as a mobile projection unit on the Connective Corridor.

Located in the Tolley Humanities Building, the Humanities Center cultivates diverse forms of humanities scholarship, sponsors a range of dynamic programming and partnerships, highlights the humanities as a public good and underscores the relevance of the humanities for addressing enduring questions and pressing social issues.