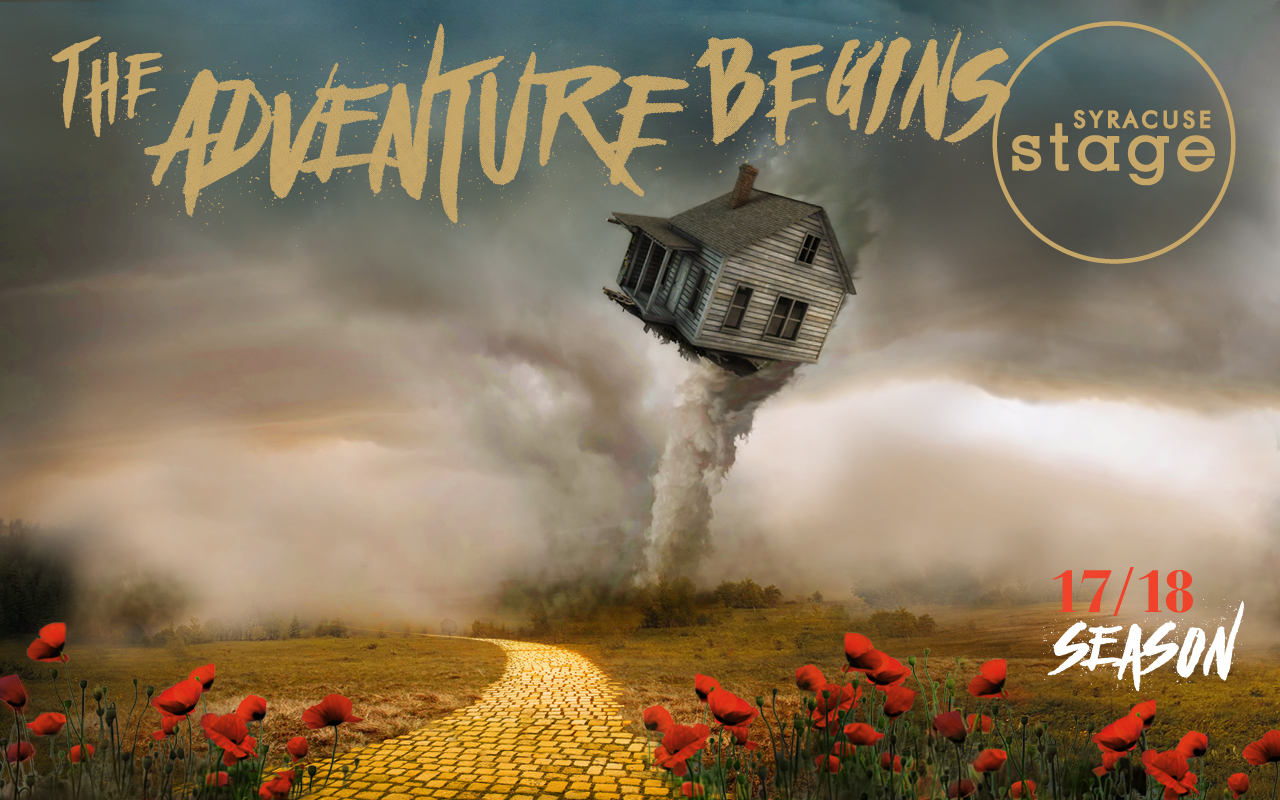 Syracuse Stage Artistic Director Robert Hupp has announced the plays selected for the 2017/18 season. The six plays are “The Three Musketeers,” “The Curious Incident of the Dog in the Night-Time,” “The Wizard of Oz,” “Next to Normal,” “A Raisin in the Sun” and “The Magic Play.”

The season opens Sept. 20, and runs through May 13, 2018. Season subscription packages and FlexPacks are on sale now.

“I’ve enjoyed learning about the proud tradition of artistic excellence that defines our theatre company,” Hupp says. “It is this unswerving commitment to artistic excellence and a passion to tell fantastic stories that demand to live on a stage that drive our creative process.”

Hupp makes his Syracuse Stage directorial debut with the season opener, “The Three Musketeers.” Based on the famous 19th-century novel by Alexander Dumas and adapted for the stage by Catherine Bush, “The Three Musketeers” recounts the swashbuckling adventures of Athos, Porthos, Aramis and the eager young D’Artagnan as they battle the sinister Cardinal Richelieu and his treacherous allies Rochefort and Lady de Winter. Hupp promises a sweeping epic full of romance, intrigue, plenty of swordplay, and a hearty and welcomed dose of “all for one and one for all.”

The Tony Award-winning (Best Play) “The Curious Incident of the Dog in the Night-Time” follows. Adapted by Simon Stephens from Mark Haddon’s international best-selling novel, “The Curious Incident . . .” introduces 15-year-old Christopher John Francis Boone, a young man with an exceptional brain and personal challenges. When Christopher becomes the leading suspect in the death of a neighbor’s dog, he sets out to find the real culprit. His investigation will take him on a journey to a past he never knew and a future he never imagined possible. The show ran for 800 performances on Broadway. Syracuse Stage is among the first regional theatres to be granted the rights to produce this exceptional play.

“The holidays are a time for family and friends to come together at Syracuse Stage,” Hupp notes. And Syracuse Stage will be celebrating the season with the classic musical “The Wizard of Oz” as its annual holiday family event. The ever-popular and beloved story will have fresh appeal as Syracuse Stage partners not only with the Syracuse University Department of Drama, but with the New York-based 2 Ring Circus, which will bring cirque-like acrobatics to the production. The great songs and beloved characters are the same; the experience is entirely new. “This is one you and your family will be talking about long after Dorothy clicks her heels and makes her way back to Kansas,” Hupp says.

A second musical rings in the New Year, the Pulitzer Prize-winning “Next to Normal.” A Broadway sensation with a contemporary-rock-inflected score, “Next to Normal” is a work of grace and power that cuts right to the human heart. An often funny and always poignant portrait of a family coping with its own particular dysfunction, “Next to Normal” was credited by the Pulitzer Board for expanding “the scope of subject matter for musicals.”

Veteran director Timothy Douglas returns to Syracuse Stage for Lorraine Hansberry’s classic “A Raisin in the Sun.” Douglas is well known to Syracuse Stage audiences from his productions of “Blues for an Alabama Sky,” “A Lesson Before Dying,” “Jitney,” “The Crucible” and “Gem of the Ocean.” The story of the Younger family—three generations trying to build a better life on Chicago’s South Side—“A Raisin in the Sun” speaks as “powerfully today as in 1959 when Hansberry wrote it,” Hupp says. “And Timothy Douglas is the perfect director to give us a fresh look at this great American play.”

The season concludes with a one-of-a-kind theatrical event. Part magic show and part engaging drama, “The Magic Play” stars acclaimed magician, illusion designer and actor Brett Schneider in a mind-blowing spectacle that ends differently every performance. In this ultimately uplifting play, a successful young magician, reeling from a recent romantic breakup, struggles to keep his off-stage reality from undermining his on-stage illusions. “This is a fascinating new work that blurs the line of what we think of as theatre. It’s a new and very exciting experience for our audience,” Hupp says.

Hupp will introduce new directors and designers to Syracuse Stage audiences, while continuing to work with those who have become Syracuse favorites. In this way, he plans to build on the foundation of Stage’s sustained artistic achievement to bring new energy and fresh perspective and vision to the theatre.

To that end, Hupp says to expect several new initiatives and community partnerships in the 17/18 season and highlighted “Cold Read: A Winter Festival of New Plays.” Developed and curated by associate artistic director Kyle Bass, “Cold Read” introduces “work hot from the imaginations of some of the freshest voices writing for the theatre today,” Hupp explains. Scheduled for four days in February, the Festival will feature readings of new works and works in progress, as well as a solo performance and an opportunity to participate in a moderated discussion with one of the participating playwrights. Some of the “Cold Read” events will be free.

“I’m thrilled to share this great season, this terrific lineup of plays, with our audience,” Hupp says. “Syracuse Stage patrons are among the savviest in the country, and they deserve the best we can deliver. I think everyone will find something to enjoy next season.”

Adapted from the novel by Alexander Dumas

Co-produced with the Syracuse University Department of Drama

“The Curious Incident of the Dog in the Night-Time”

Adapted from the novel by Mark Haddon

“The Wizard of Oz”

With music and lyrics from the MGM Motion Picture Score

With background music by Herbert Stothart

From the motion picture screenplay

Co-produced with the Syracuse University Department of Drama

Book and lyrics by Brian Yorkey

“A Raisin in the Sun”