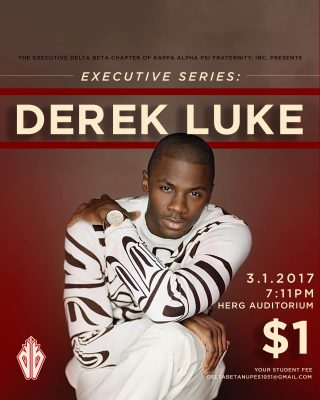 Tickets—$1 for students and the general public—are available at the Schine Box Office.

Most recently, Luke appeared in the remake of the television miniseries “Roots” as Silla Ba Dibba, Kunta Kinte’s uncle. He has also had roles in “The Americans,” “Empire,” “Hawthorne” and “Trauma.” And he has starred in the DirectTV series “Rogue.”

For more information, contact Malik Evans at mtevans@syr.edu or Cairo Spencer at caspence@syr.edu.