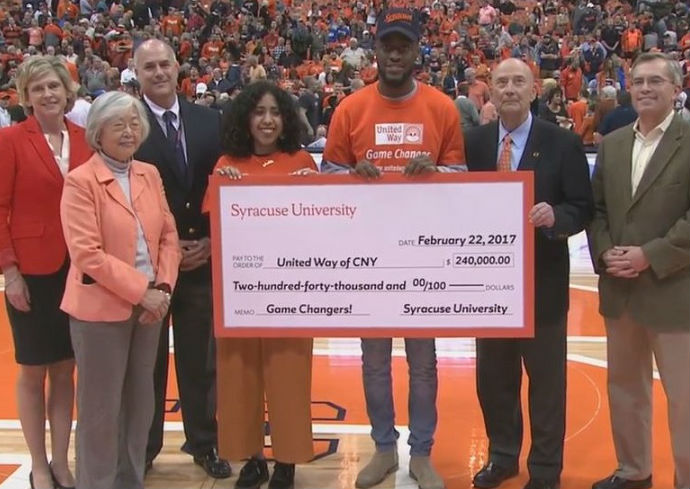 Just prior to the check presentation, United Way President Frank Lazarski was also recognized by the University.

Before tip off, Greek Life students representing the University’s fraternities and sororities collected donations for the United Way from fans. The students raised $4,986 in 90 minutes of pre-game collection, which contributed to the campaign total.

Peter Sala, vice president and chief facilities officer, and Dr. Ruth Chen, professor of practice in the College of Engineering and Computer Science, are the co-chairs of the 2016-17 Syracuse University employee United Way campaign, “Game Changer.” This is the 45th year University employees have conducted a campus-based fundraising campaign for the United Way of Central New York, which funds 91 local programs and services.