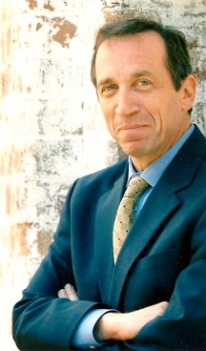 Michael Kranish ’79, a national political investigative reporter for The Washington Post, will visit Syracuse University on Thursday, March 2, as a guest of the Newhouse School. Associate Dean Joel Kaplan will moderate a Q&A with Kranish beginning at 7 p.m. in Maxwell Auditorium. Follow on Twitter at #JournalismMatters.

Kranish is the co-author of The Post’s biography “Trump Revealed,” as well as biographies of John Kerry and Mitt Romney. He is also the author of “Flight from Monticello: Thomas Jefferson at War.”

He previously served as deputy chief of the Washington Bureau of The Boston Globe. He was awarded the Society of Professional Journalist’s award for Washington Correspondence in 2016.

Kranish graduated from Syracuse University in 1979 with a dual degree in newspaper from the Newhouse School and political science from the College of Arts and Sciences and the Maxwell School of Citizenship and Public Affairs.

For more information about the event, contact Christi MacClurg at 315.443.1010 or mcmacclu@syr.edu.