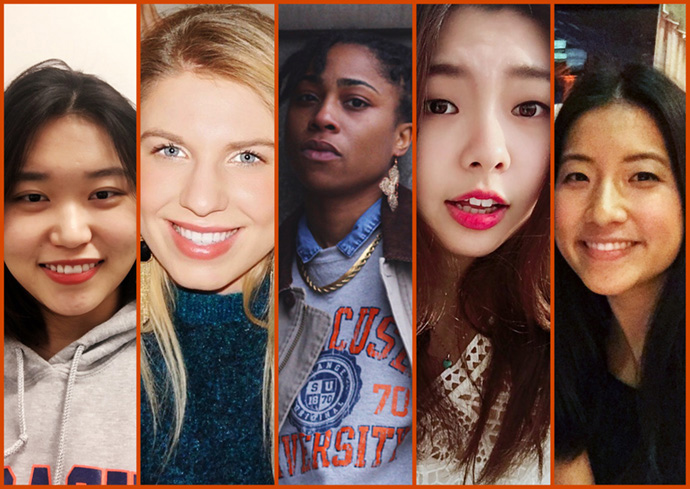 With four decades of experience in television production, Bob Emerson, adjunct professor of television, radio and film in the Newhouse School, knows how to produce material that elicits emotion from an audience. He’s passing that knowledge along to students in his short form course. Based on some of their most recent work, they’re picking up quickly.

“The objective is to get the students to learn the aesthetic differences between long and short form,” says Emerson. “It’s like the difference between ‘Leaves of Grass’ and a haiku poem.”

The most recent work produced by some of his students involves a public service announcement (PSA) on sexual assault. The message it delivers is important and powerful.

The video was produced by graduate student Milan Chaney, Helen Lu ’17, Shuyi Jin ’17, Stephanie Malis ’17 and graduate student Ruiyao Sun. While the finished product is visual, Lu says it goes beyond that.

“It’s easy to forget the power of sound and the act of listening. This PSA reminds people of just how much of a difference they make.” -Helen Lu ’17

“People usually rely heavily on sight–‘see it to believe it,'” Lu says. “So it’s easy to forget the power of sound and the act of listening. This PSA reminds people of just how much of a difference they make.”

The group created the piece from concept to finished product as part of a class project. Recently, Emerson’s students have produced PSA content covering animal adoption, opioid addiction, even fake news. But it’s not just about the final product. It’s about the journey to get there.

“They research and present examples of these differences from films and TV and compare and contrast that to commercial execution,” says Emerson about his course. “Then they choose a product or a cause and make that into video content.”

In this case, it’s content that relays in just a few seconds a problem that deserves serious attention.