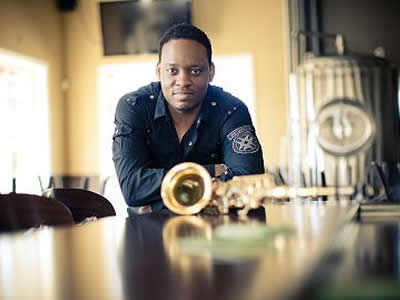 Syracuse University continues its celebration of Black History Month with a visit by a former local resident who is a star on the smooth jazz circuit.

Jackiem Joyner—a chart-topping saxophonist, producer and composer, as well as an emerging writer—is headlining a program called “Disadvantage and Discipline” on Monday, Feb. 20, from noon to 1:30 p.m. in the Peter Graham Scholarly Commons, Room 114, in E.S. Bird Library. The event is free and open to the public and is co-presented by the Syracuse University Humanities Center and CNY Jazz.

Additional support comes from the departments of Art and Music Histories, English, Religion and Writing Studies, Rhetoric and Composition, and the College of Arts and Sciences.

For more information, contact the Humanities Center at 315.443.7192 or visit humcenter.syr.edu.

“We are thrilled to present Jackiem Joyner, a Syracuse native who has overcome tremendous odds to succeed in both the musical and literary fields,” says Vivian May, director of the Humanities Center and professor of women’s and gender studies. “His story is one of resilience and perseverance, showing how adversity may be turned into opportunity. It will resonate with anyone who has ever pursued a creative passion.”

At Syracuse, Joyner will give a brief solo performance and then will participate in a panel discussion about his artistic journey. The discussion will be moderated by Kal Alston, interim executive director of the Community Folk Art Center, a professor of cultural foundations of education in the School of Education and a faculty affiliate in women’s and gender studies in A&S.

Joyner is touring in support of his fifth studio album, “Evolve,” which critics praise as “dynamic,” “rhythmic” and “harmonically rich.” The first album that Joyner has written, arranged and produced by himself, “Evolve” features saxophonist Gerald Albright and keyboardist Keiki Matsu, the latter of whom Joyner tours with, when not fronting his own group.

Since making his recording debut a decade ago, Joyner has been a fixture on the jazz, gospel and smooth jazz charts. That he is a consummate “doubler”—proficient on tenor, alto and soprano sax; flute; drums; and piano—enhances his versatility, onstage and in the studio.

“Ever since I was 12, I’ve been drumming on walls, tapping out rhythms with spoons and beating on anything I can,” says Joyner, who recently has taken up film scoring. “I still have that habit today. I always hear beats in my head. It’s intriguing to see where they take me.”

Born in Norfolk, Va., Joyner was 12 years old when his mother uprooted him and his siblings from Buffalo to Syracuse. The late Lou Adams, then band director at Fowler High School, took Joyner under his wing, lining up weekly sax lessons for him, courtesy of the Syracuse City School District, and scoring him work with Adams’ dance band.

Two years in a row, Joyner swept the Syracuse edition of the NAACP Afro-Academic, Cultural, Technological and Scientific Olympics (ACT-SO) competition, representing the city at the national level. He also participated in the Boys & Girls Clubs of Syracuse and in a civilian police academy.

Joyner’s turbulent home life was another matter. Before his senior year of high school, he made the difficult decision to emancipate himself from his mother, who promptly moved the rest of the family back to Virginia. Joyner moved into an apartment and picked up hours at a local restaurant. “Seeing the young national sax and flute players [at ACT-SO], and noticing that they were very, very good, made me take the instrument very seriously,” Joyner told The Post-Standard, citing Adams as one of his main influences. “These were people my age. That motivated me.”

Joyner eventually reconciled with his parents, going so far as to write and record two pieces about his father, whom Joyner had not seen since he was 7 years old. Joyner also attended junior college in Virginia 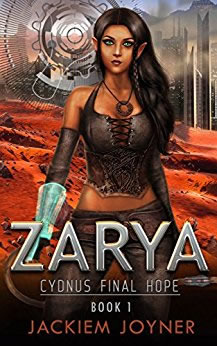 and toured with jazz greats Marcus Johnson and Bobby Lyle, both of whom dubbed him “Lil’ Soul Man.”

In 2007, Joyner made his solo album debut, which shot to No. 15 on Billboard, and was named Debut Artist of the Year by “Smooth Jazz News.”  The Los Angeles native has since maintained a busy recording and touring schedule, which has included multiple gigs in Syracuse for CNY Jazz. He was handed the key to the city at one of them.

Joyner recently has turned his attention to writing. Drawing on his lifelong interest in science fiction, he made his literary debut last year with “Zarya: Cydnus Final Hope” (Big Treble Media). The book has garnered rave reviews on Amazon.com, spurring rumors of a literary follow-up and film adaptation.

“I’ve always been fascinated by the stories and imaginations of futuristic worlds,” says Joyner, who often reads several sci-fi books a month on tour. “’Zarya’ brings readers a battle of good and evil, and a strong female heroine like none other.”

Adds Larry Luttinger, executive director of CNY Jazz: “Jackiem is a multi-faceted individual, for whom creative writing is another form of self-expression. … I’ve had the pleasure of following his progress, since he came to town more than 25 years ago. Jackiem is a major talent and a positive role model, someone who understands the importance of paying it forward.”