Head of Fact Checking for The New Yorker Magazine Will Speak at Newhouse Feb. 22

Peter Canby, a senior editor and the head of fact checking at The New Yorker magazine, will visit the Newhouse School on Wednesday, Feb. 22. “A Conversation with Peter Canby,” moderated by Newhouse associate professor of magazine Jim Shahin, will be held at 5:30 p.m. in the I3 Center, 432 Newhouse 3. Follow on Twitter at #JournalismMatters.

The New Yorker has long enjoyed a reputation as the most exacting fact-check operation in the industry. It even fact checks cartoons.

Canby’s appearance on campus comes during a difficult time for facts. Words such as “alternative facts,” falsehoods and lies have become common in political discourse. The New York Times recently used the word “lie” in a headline, which resulted in enormous attention from media watchers.

In addition to leading the fact-check team, Canby has written feature stories for The New Yorker, Harper’s, The New York Review of Books, The Nation, Mother Jones and other publications. His work has been included in three “best writing” anthologies. He is also the author of “The Heart of the Sky: Travels Among the Maya” (HarperCollins, 1994).

A Q&A will follow the moderated conversation, which is free and open to the public.

His talk is part of the Newhouse Magazine Department Speaker Series. For more information, contact Shahin at 315.443.2381 or jbshahin@syr.edu. 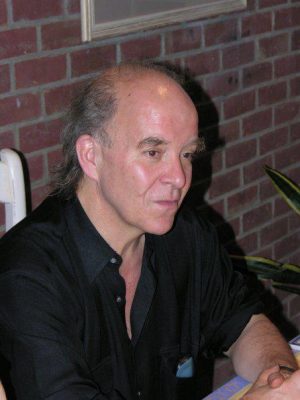