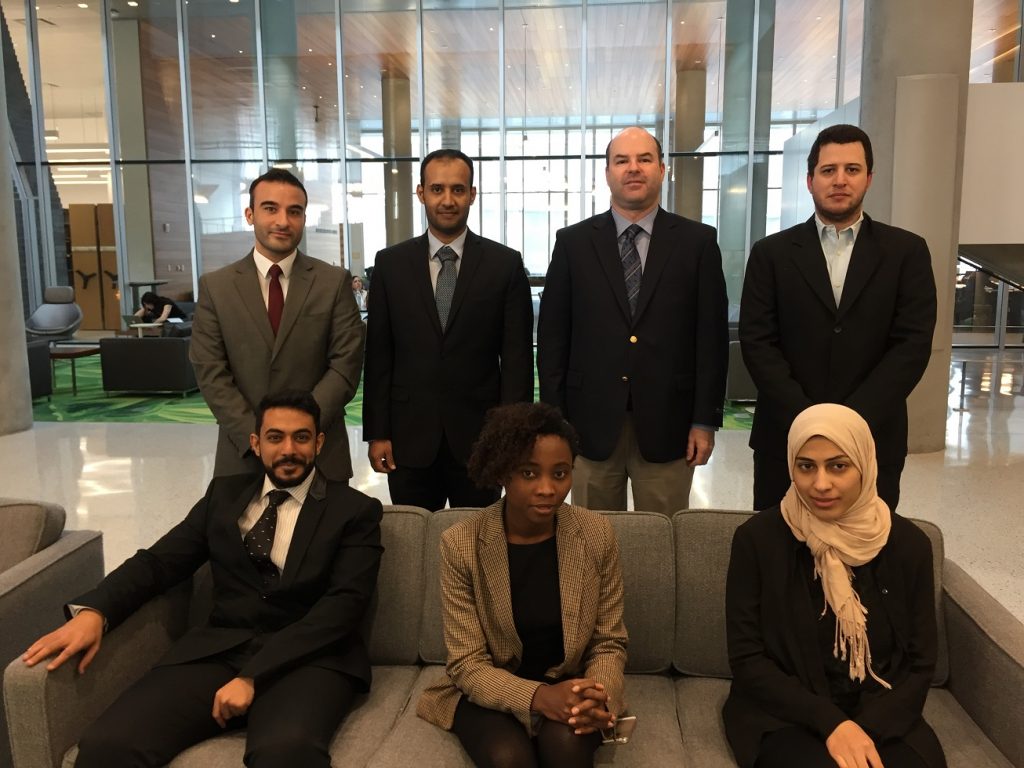 The College of Law recently welcomed the spring cohort of the Masters of Laws (LL.M.) in American Law program. The cohort is composed of nine foreign-educated lawyers representing the legal systems of seven nations, including one Open Society Foundation Fellow sponsored through the Palestinian Rule of Law program.

“The LL.M. in American Law program continues to attract highly qualified professionals from varied backgrounds and have diverse interests in the law,” says Andrew Horsfall, Executive Director of International Programs and Initiatives. “The entire College of Law community benefits from having these foreign-educated lawyers in our classrooms and in our professional and social programs. Our community also shares in the benefits from the unique perspective and professional backgrounds these students bring to local pro bono and other organizations.”

Joining the College of Law’s LL.M. program this spring are: