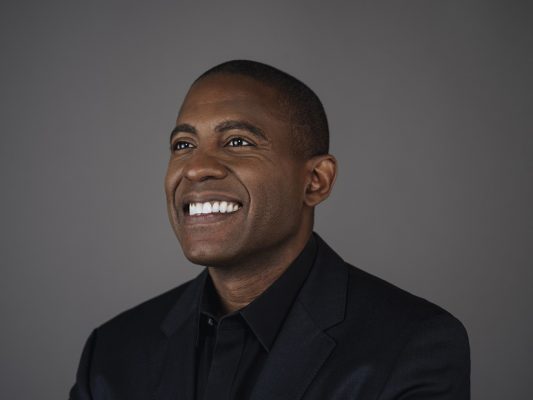 Carlos Watson, co-founder and CEO of OZY Media and editor in chief of OZY.com, will visit the Newhouse School as a guest of the school’s Leaders in Communications speaker series. He will speak on Feb. 27 at 7:30 p.m. in the Joyce Hergenhan Auditorium, Newhouse 3. Follow on Twitter at #JournalismMatters.

Watson is an entrepreneur and Emmy-winning journalist based in Silicon Valley. In 2013, he co-founded the news site OZY, which now has some 20 million readers. The site includes the Presidential Daily Brief, eight original stories focused on current and upcoming topics and features on rising stars, emerging trends, new gadgets and provocative ideas.

Watson is the host of OZY’s original political documentary series, “The Contenders – 16 for ‘16” and “Point Taken,” both airing on PBS. He previously anchored shows on CNN and MSNBC, and hosted a series of Emmy-winning interview specials.

Watson built Achieva College Prep Services into one of the nation’s largest college prep companies before selling it to the Washington Post/Kaplan. He also worked as the global head of education investment banking for Goldman Sachs and as a consultant at McKinsey & Company.

A native of Miami, Watson holds an A.B. in government from Harvard University and a J.D. from Stanford Law School.

For more information about the event, contact Kristen Northrop at 315.443.7358 or kmnorthr@syr.edu.