Alumna Encourages Other Women of Color to Pursue Professional Opportunities 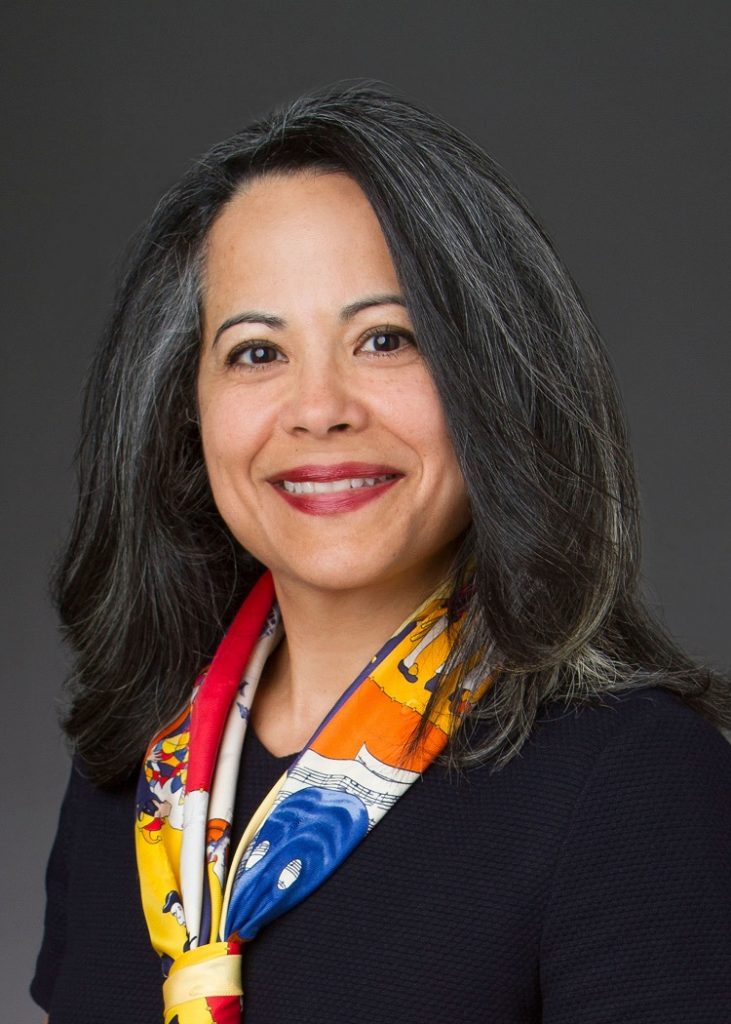 Throughout her career, attorney Maria Melendez ’89 has mentored junior lawyers, students and peers in the profession.

Sometimes mentoring is a role she takes on as a partner at Sidley Austin LLP, a law firm with more than 1,900 lawyers in 20 offices worldwide, and various firm committees she has led throughout her 23-year tenure. “Other times I just do it—particularly when it comes to women in law and women of color,” Melendez says.

Melendez wants women to see that they do have a place in the field and to pursue leadership opportunities. She takes inspiration from a quote by activist Marian Wright Edelman: “You can’t be what you can’t see.”

“There are huge gaps in this community and there are a lot of first-generation folks who are coming through the ranks who don’t have access to partners that look like them,” Melendez says. “For a lot of people it is important to connect with someone and say ‘I see her and she’s a lot like me. She’s making it and it gives me hope that I can make it too.’”

Melendez had to forge her own path—she was the first Latina to make partner in her firm’s New York office in 2002.

“I personally did not have role models that looked like me in my firm, but I did have several men who were incredibly generous and did mentor me and were very helpful in my career development,” Melendez says.

While at Syracuse, Melendez, a marketing major in the then-School of Management, had her own mentor, Professor Elet Callahan, now professor emerita in the Whitman School of Management. Melendez took the required “Law and Public Policy” course with Callahan—and loved it.

“She was very professional and challenged students. She made us think and express our opinions,” Melendez says. “She was the one who really drew out that part of me, wanting me to be vocal and thoughtful and opinionated, and for me it was fun.”

Callahan saw her potential in the field of law. “She is the one who basically sat me down and said, ‘You should go to law school.’ She’s the one that guided me through the process,” Melendez says.

The two have stayed in touch over the years, following each other’s careers. “She was definitely a huge influence in my life and someone I credit mightily with my law career,” she says.

As she found her way academically, Melendez was also challenged as a first-generation student—as well as someone from a lower socio-economic status—to find her way in an unfamiliar setting.

“It’s complex, but I think the hardest thing for me—and what I gather from other first-generation students that I’ve come to know over the years—is the sort of fish-out-of-water phenomenon, where everything is new, everything is different,” Melendez says.

Melendez imagines a lot of students with similar backgrounds may have a similar experience, but she found strength in her determination and her goals.

“For me it was persistence because I wanted to get an education,” Melendez says. “And that’s what I would say to students: There might be obstacles and challenges and disappointments along the way, but you have to pick yourself up and keep moving forward.”

Her involvement with the SU Marching and Sour Sitrus Society as an alto saxophone player helped her to acclimate and was one of the best experiences for her at Syracuse.

“Marching Band was home in a sense. Compared to the rest of the student body it was a small community, and we all lived and worked together a lot because of practice and games,” says Melendez, who also met her husband, Alan James “Jim” Hinkley ’90, a trumpet player, while in band. “We did become a bit of a family and it was very helpful to have that support system.”

Marching Band was home in a sense. …We did become a bit of a family and it was very helpful to have that support system.

Melendez, who went on to earn a law degree from Albany Law School, began at her current firm in 1993. She practices in the areas of complex commercial litigation and international arbitration. Her practice also includes representing entities and individuals in investigations conducted by regulators, including the U.S. Securities and Exchange Commission.

“I love the complexity of it,” says Melendez, who was appointed acting chair of Panel III of the Departmental Disciplinary Committee, New York Supreme Court, Appellate Division First Judicial Department, in 2015. “I’m a litigator. I enjoy the adversarial nature of my practice in that there is a dispute and my job is to figure out a way to help my client resolve it in a manner that is as favorable to my client’s position as possible.”

Her legal experience also extends to pro bono public interest work, with LatinoJustice PRLDEF as a member and chair of its board of directors. The organization seeks to protect the civil and human rights of Latinos in the United States and supports minority students in the law field.

Melendez also serves as Sidley’s representative to Her Justice and handles cases on behalf of the organization, which provides legal help to low-income women in New York City on matters of domestic abuse and child custody.

“It’s incredibly rewarding work and the need for assistance is huge. I’m happy to provide that assistance, along with the support from my law firm,” says Melendez, who received the Her Justice’s Commitment to Justice Award in 2014.

Melendez is also looking forward to giving back her time to young people while participating in Coming Back Together XII (CBT) in September. Held every three years, the reunion brings African American and Latino alumni back to campus. She sees it as a way to reconnect with Syracuse and alumni, and get to know the next generation of Syracuse students and leaders.

“Parts of CBT incorporate alumni and students interacting, which is very appealing to me,” says Melendez, who has two sons, Matthew and Joshua. “It’s very important to give back in that sense: to meet with students, to talk with them and encourage them to pursue their goals and not be dissuaded by the lack of minority representation in their field.”