Jack Manno G’03, professor of environmental studies at SUNY ESF and a faculty affiliate in Syracuse’s Native American Studies program, believes in the power of change. Nowhere is it more sorely needed, he says, than in environmental policy, in which a growing number of crises are begging fresh approaches to organizational structure and governance. Manno believes part of the answer may lie in the past—specifically, in the Great Law of Peace, whose life-affirming principles of respect, reciprocity and renewal have guided Iroquoian political thought for more than 1,000 years. 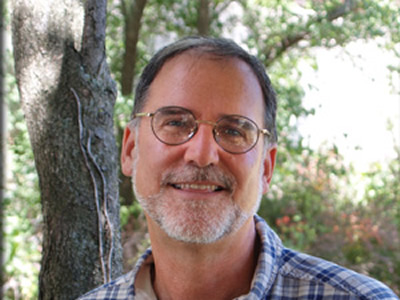 “There’s considerable evidence that the Iroquois Confederacy influenced the framers of the U.S. Constitution,” says Manno, during a recent phone conversation from his office in Marshall Hall on the ESF campus. “Some of the framers, notably Thomas Jefferson and Benjamin Franklin, admired the concepts of the Six Nations [of the Iroquois Confederacy], so aspects of their political system eventually were incorporated into the Constitution itself.”

Manno contends that, as a new political regime gets underway in the United States, the need for an effective governance system—one in step with climate change and the environment—is imperative. “Standing Rock taught us a lot about the importance of tribal sovereignty, water and the environment,” he continues. “It also showed us the darker side of the struggle for energy independence.”

In a recent article in Minding Nature (Center for Humans & Nature), Manno expounds on governance’s role in saving the planet. He points to the Great Law of Peace—the Iroquois Confederacy’s oral constitution, founded at Onondaga Lake, north of the City of Syracuse—as a prime example of participatory governance rooted in ecological and human well-being.

The College of Arts and Sciences recently caught up with Manno, who also is involved with The Skä•noñh—Great Law of Peace Center and the Program for the Advancement of Research on Conflict and Collaboration in the Maxwell School (from which he earned a Ph.D. in social science), to discuss a new model for environmental governance.