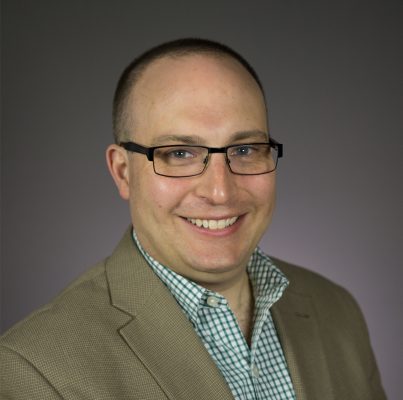 After more than 11 years as director of Syracuse University’s athletic bands—including the 200-member Pride of the Orange Marching Band—Justin Mertz ’01, G’03 has announced that he will depart the University to become the associate director of bands at the University of Northern Iowa. There, he will lead the Panther Marching Band, among other duties. Mertz, who also serves as assistant director of University Bands in the College of Visual and Performing Arts’ (VPA) Rose, Jules R. and Stanford S. Setnor School of Music, will conclude his time at Syracuse at the end of June.

“As the leader of our athletic bands, Justin was not only responsible for the guidance and well-being of our student musicians but the spirit of all of us who cheer on the Orange. We’re grateful for his service,” says Michael S. Tick, dean of VPA. “As an alumnus, he will always be part of the Syracuse University family, and we wish him well in his new position at Northern Iowa.”

The Pride of the Orange Marching Band performs for all home football games in the Carrier Dome and is the focal point of pregame pep rallies on the Quad. The band traditionally travels to continental post-season bowl games, most recently the 2013 Texas Bowl in Houston.

“I traveled with the Pride to the 2010 Pinstripe Bowl, and though the temperatures were frigid, Justin and the band were well-organized and kept our spirits warm,” says Martha Sutter, director of the Setnor School. “I know I speak on behalf of the entire Setnor School of Music when I say that Justin will be missed for his leadership abilities, his enthusiasm and his passion for Syracuse University.”

Under Mertz’s leadership, the Pride also performed on the field as part of Super Bowl XLVIII pregame festivities at MetLife Stadium in East Rutherford, N.J., and at the 77th Annual Heisman Memorial Trophy Gala in 2012. In 2015, Mertz and the band were invited to perform in the 31st annual London’s New Year’s Day Parade and Festival by City of Westminster Past Lord Mayor Catherine Longworth, senior patron of the parade and festival, at a ceremony in the Carrier Dome.

“Working with the amazing students and staff of the Syracuse University Marching Band has been an honor,” says Mertz. “I will truly miss them.”

In addition to directing Syracuse University’s athletic bands, Mertz is co-conductor of the Wind Ensemble and conductor of the Concert Band. He holds bachelor of music and master of music degrees in music education from the Setnor School and the School of Education.

The University will launch a national search for a new director of athletic bands immediately.