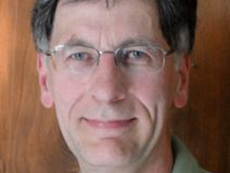 Tom Boll was a newspaper journalist for 30 years and has been an adjunct professor in the Newhouse School since 2007. There, he’s taught newswriting as well as news literacy. One of his courses, COM 337, “Real News, Fake News: Literacy for the Information Age,” seems especially relevant these days given how much fake news has been in the real news.