Acclaimed author and Syracuse University English Professor George Saunders is a nominee for a 2017 National Magazine Award (a.k.a. Ellie) in the Feature Writing category for his article “Who Are All These Trump Supporters” in the July 11/18, 2016, issue of The New Yorker. 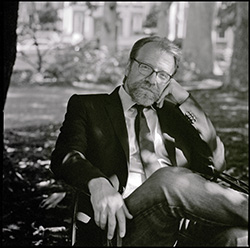 The American Society of Magazine Editors announced the finalists for the 2017 National Magazine Awards for Print and Digital Media on Thursday, Jan. 19. A total of 104 finalists in 20 categories were selected. They will be honored—and the winners announced—at a Feb. 7 gala luncheon event at Cipriani Wall Street in New York City hosted by NBC News’ Lester Holt.

The full list of 2017 Ellie nominees can be viewed here.