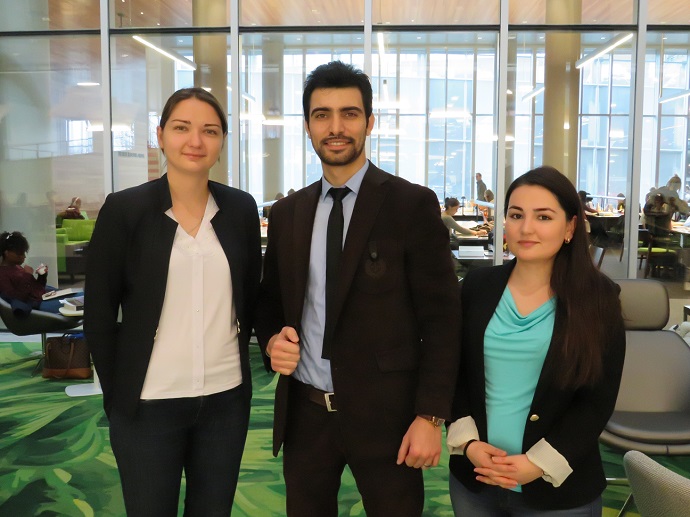 Jeyhun Haqverdiyev was inspired to come to the United States to pursue LL.M. studies while working with the Organization for Security and Cooperation in Europe in 2009. Haqverdiyev, a Fulbright student from Azerbaijan, had been working on a Rule of Law project that provided middle- and low-income families with free legal aid. In 2014, he and his colleagues went on to establish Verdict Legal Services, a firm handling mostly civil rights cases in torts, insurance, employment and contracts. 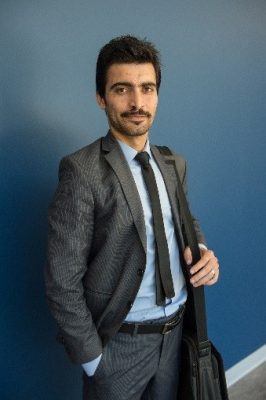 “The main reasons why I decided to pursue the LL.M. degree abroad were to study law from comparative and modern legal perspectives, while also improving my research skills, legal writing and legal analysis,” explains Haqverdiyev. “I firmly believe that studying in America will give me more broad opportunities to promote American values in my country, and by doing this, it will help to form sustainable cultural and political relations between our two countries.”

Haqverdiyev is one of three Fulbright students enrolled in the inaugural cohort hosted by the College of Law in its Master of Laws (LL.M.) in American Law program. The Fulbright program is the hallmark international education exchange program sponsored by the U.S. Department of State. Every year since 1946, foreign Fulbright students and scholars have come to the United States from over 160 countries. Having undergone a rigorous and competitive application process before final selection by the Fulbright Program, sponsored students and scholars possess strong academic and professional credentials with a desire to promote mutual understanding.

The LL.M. program has welcomed over 70 students who have represented the legal education systems of almost 35 countries. “The program is remarkably diverse,” says Andrew Horsfall, executive director of international programs and initiatives, “and this contributes significantly to the rich experience of our students.” 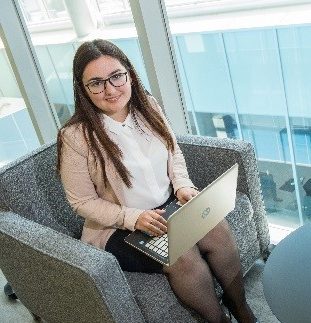 The program is designed to allow LL.M. students to gain a functional knowledge of the U.S. legal system and legal writing, and to provide exposure to American legal practice through a variety of extra-curricular opportunities.

Shahnoz Mamadatoeva, a Fulbright student from Tajikistan, was a commercial lawyer before coming to Syracuse Law to pursue LL.M. studies. She worked in-house for a private law firm in Dushanbe, where she consulted on the modernization of laws in banking, corporate governance and taxation. Mamadetoeva came to the United States to improve her knowledge of the common law system. She earned her foundational legal education from the Kyrgyz-Russian University in Bishkek, Kyrgyzstan.

While competing in the 2014 International Jessup Rounds in Washington, D.C., Kseniia Guliaeva began dreaming of returning to the United States to pursue her LL.M. studies. “My team performed well in Jessup and we were awarded 14th for Best Memorial, which led to me consider a career in public international law,” says Guliaeva. Prior to coming to the United States, Guliaeva worked in-house for a drilling company in Krasnoyarsk, Russia, and then went on to work at OCSial in the Litigation and IP Department. 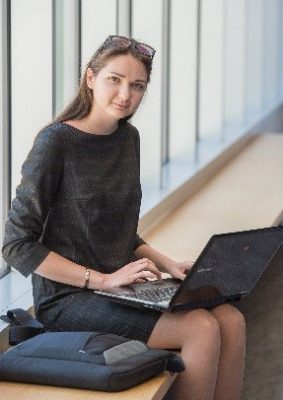 Their first semester at the College of Law has been busy with opportunities to engage with the legal profession outside the classroom, such as at the New York City Bar Association’s International Law Weekend. Upon completion of their LL.M. studies, these Fulbright students have plans to return home and continue working as lawyers. “The LL.M. program is significantly improving my skills. I plan to apply it in my everyday work as well as at the level of improving the legislation of my country,” Mamadatoeva says.