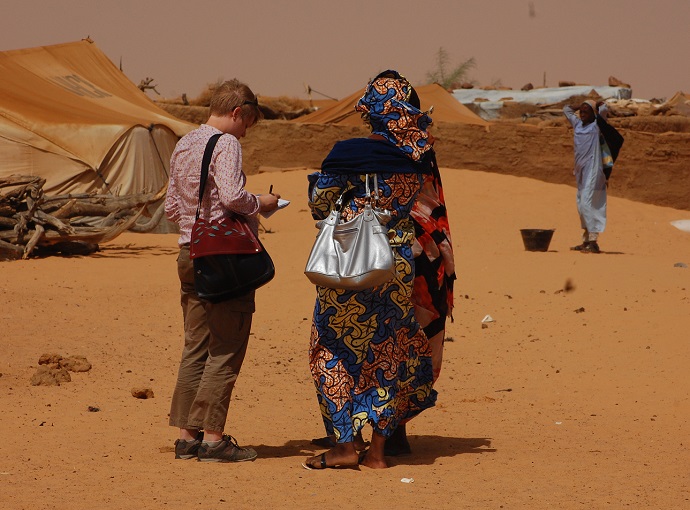 While working for the non-governmental organization Refugees International from 2006-10, Camilla Campisi G’05 traveled on multiple missions to countries in Africa and Asia to meet with displaced people. Her focus was on assessing their situations and advocating for their protection and humanitarian needs.

She still recalls their stories, which have had a lasting impact.

“For me, the stories that I would hear makes the world feel a lot smaller,” says Campisi, who immigrated to the United States from Sweden as a child. “We all have the same needs—we want to be able to go home, we want to work and we want our children to have access to food and health care. Remembering their stories and the challenges they faced continues to motivate me.” 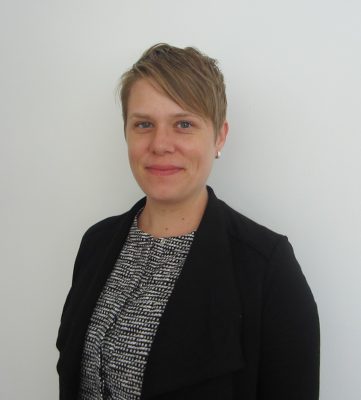 Campisi, who graduated with a master’s degree from the Maxwell School of Citizenship and Public Affairs, was one of eight people selected for the 2016-18 fellows class. Mid-career professionals are recruited into the program from the private sector to join the next generation of state government leaders and policy makers.

Gov. Andrew Cuomo appoints each fellow to work with a high-level policy maker at a state office or agency. The fellows bring their perspectives into government, while learning about the work of state government and receiving professional development and an education through an interactive curriculum by the Rockefeller Institute of Government.

The experience seemed like it would be a good fit for Campisi, who saw the fellowship as a way to take her international experience and apply it to the local level. She also welcomed the opportunity to relocate with her husband and their two children to the Albany area to be closer to family.

Campisi, who began in September, works with the director of the Office of New Americans (ONA), providing policy advice and ideas in support of community-based organizations around the state that support refugees and immigrants.

“ONA funds 27 local organizations and their programs throughout the state that focus on new Americans,” Campisi says. The organization assists refugees and immigrants with English language tutoring, provides workshops and training for employment and entrepreneurial opportunities, and provides legal advice for naturalization process, among other programs.

Campisi can empathize with those coming to a new country and integrating into a new culture.

“I learned English when I was a young child. I didn’t become a citizen until my early 20s so I went through the naturalization process and I can understand what it’s like,” Campisi says. “Coming from Sweden, Europe has always had a lot of refugees and immigrants and I started my academic interest in that European context. Then I became interested in why people flee to Europe and leave their countries.”

Campisi, who earned a bachelor’s degree in French from Rutgers University, went on to earn an international relations degree at Maxwell, which she credits with opening up her career opportunities. 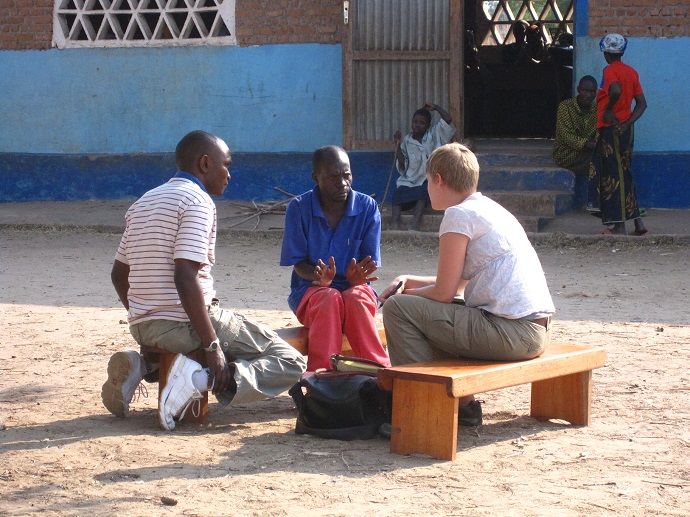 “I really valued my time at Maxwell. It was a great place to make professional connections,” Campisi says. “Maxwell is focused on practical experience—having had internships in Geneva and Washington, D.C.—and many faculty are practitioners, who gave me real world perspective. The student body was also diverse, which helped us have broad, international-based conversations.”

Among other positions, Campisi worked as an advocate with Refugees International, based in Washington, D.C., and most recently as a United Nations representative with the Quaker United Nations Office in New York City. She led the organization’s peacebuilding program.

“The organization facilitates conversations with diplomats about peacebuilding, bringing in local people to offer grassroots perspectives from Asia and Africa,” Campisi says. “It provides diplomats with space to hear from individuals on the ground who could influence policy decisions.”

All of her experiences have led her now to her new role with an agency that helps to ensure a smooth transition for new Americans.

“Having worked for global organizations with an international focus, I’m really excited to see how government works at the state and local level and learn about the important role of civil servants,” Campisi says. “I’m looking forward to the educational mentorship and the opportunities to meet with key people in government.”

For more information about Empire State Fellows and applying for the 2017-2019 class, visit http://www.dos.ny.gov/newnyleaders/fellows-qualifications.html.