As a ticket taker at the Carrier Dome, Frances Felton was well known among the fans, particularly season ticket holders. 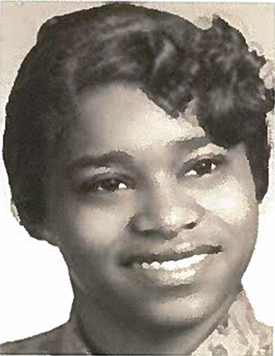 Felton, of Syracuse, a member of the Event Staff Team at the Dome for 16 years, passed away on Dec. 29, 2016. She is survived by her husband of 55 years, Charles; two sons, Jeffrey (Tonya) Felton and Timothy Felton; her twin brother, Frank Mitchell; six grandchildren and two great-grandchildren.

Felton had previously worked as a nurse, and found another niche in working at the Dome. “Many people looked for Fran when they attended Carrier Dome events because she had such a wonderful spirit,” says Lauren K. Davis, event production manager at the Dome. “She was hard working and took her job very seriously—it was important to her that she ‘maintained business’ while also providing wonderful customer service.”

Davis says Felton was well-loved for her gregarious nature, her generosity and her wonderful sense of humor. “She enjoyed meeting new people and exchanging pleasantries and stories with them, Davis says. “She was quite the kidder, with a great sense of humor, and held many inside jokes with family, friends, co-workers and patrons. And she was always willing to help and lend a hand whenever and wherever she could.”

Felton is also fondly remembered for her tremendous cooking skills. “She loved to cook and talk about food, even though she was as petite as they come,” says Davis.