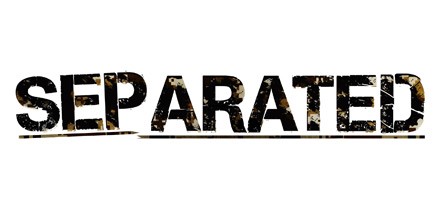 The performance takes place in the Storch Theatre in the Syracuse Stage/SU Drama complex at 820 E. Genesee St. at 7 p.m. “Separated” is a free, non-ticketed event open to the public on a first come, first served basis. A pre-show reception with free hors d’oeuvres and a cash bar begins at 6 p.m.

“Separated” is a collaborative effort between members of the Syracuse Stage artistic staff and the participating student veterans. Syracuse Stage associate artistic director Kyle Bass interviewed the students about their experiences in and out of military service. From the interview transcripts, he devised and composed a performance script that weaves each student’s individual story into a single narrative. The students will perform the finished script as a staged reading directed by Syracuse Stage’s new artistic director Robert Hupp.

The service experience of the eight students—Nick Brincka, Halston Canty, Zack Couch, Ginger Peterman, Brandon Smith, Jake VanMarter, Zack Watson and Kierston Whaley—includes tours of duty in Iraq and Afghanistan and represent the Army, Navy and Marines. The title “Separated” references the separations each has endured in first separating from home and family to join the military, and then separating from the military to resume civilian life.

“Each of the eight student veterans in ‘Separated’ has a compelling and necessary story to tell,” Bass says. “Taken as a whole, their narratives of courage, fear, doubt, perseverance, purpose, uncertainty, loyalty, vulnerability, struggle and survival create a moving portrait of human truth. It’s thrilling and an honor to be entrusted with the stories of their experiences.”

The performance will be followed by a moderated question-and-answer session with the cast and creative team. A live stream will be broadcast on the Syracuse Stage Facebook page during the performance.

“Veterans have a world of experiences before they enter the classroom. ‘Separated’ allows the veteran students to share their stories and enlighten non-veterans,” says Syeisha Monquesse Byrd, director of engagement programs for Hendricks Chapel. “We are providing the audience a rare opportunity to ask questions that they may have felt awkward asking in any other setting.”

“Separated” is supported by a grant from Campus Compact and the MLK Day of Service.

“’Separated’ represents the beginning of what will be a new phase of engagement with area veterans, active duty military and their families. In the coming months Syracuse Stage seeks to build meaningful and genuine relationships with our military community,” says Hupp. “We start our journey with a theatrical event driven by the experiences of those veterans closest to us here on the Syracuse University campus. Honest and unvarnished, ‘Separated’ offers keen insight into lives lived so close, and yet so far away.”

“Separated” contains strong language and adult situations which may not be suitable for all audiences.

Syracuse Stage is a Blue Star theater offering discounted tickets to its regular season shows for area veterans and active duty military and their families.