Peter E. Howe, assistant professor of economics in the Maxwell School of Citizenship and Public Affairs and the College of Arts and Sciences, died on Dec. 23, 2016. He was 62. 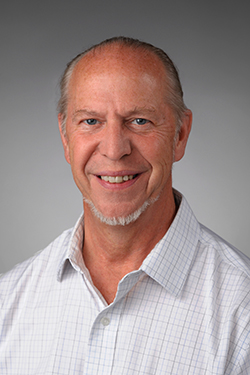 “Peter will always be remembered as an eager and energetic faculty member who brought a positive attitude and dutiful mindset to everything he did, inside and outside of the classroom,” says Gary Engelhardt, professor and chair of the Department of Economics. “He loved to learn and teach others. His service to the department and the school will be missed.”

Howe, a Syracuse native, began his academic career after serving in the U.S. Army in Germany and 17 years of service at Miller Brewing Co. in Volney, N.Y. While working at Miller, Howe went back to school and earned a bachelor’s degree from Regents College in 1993.

When the plant closed in September 1994, Howe focused on academics. He earned a master’s degree in management from SUNY Oswego in 1995 and in economics from the Maxwell School in 2000. He was a graduate assistant in Maxwell’s Center for Policy Research and Department of Economics in 2001 and 2002, respectively.

“Peter was a dedicated teacher who exemplified the ideals of the Maxwell School of Citizenship and Public Affairs,” says Maxwell Dean David M. Van Slyke. “As both a graduate and as a member of the faculty of the Maxwell School, Peter lived a life of public service through his military service, his professional careers and in taking many active leadership roles in his community.”

“As the Athenian Oath inscribed on the wall of Maxwell pledges, Peter has left the Maxwell School and the many communities he served, not only not less, but greater, better and more beautiful,” says Van Slyke.

Funeral services were held on Dec. 29.