Hurst-Wahl Named to OCPL Board of Trustees

School of Information Studies (iSchool) Associate Professor of Practice and Director of the Library Science program Jill Hurst-Wahl has been named to the board of trustees for the Onondaga County Public Library (OCPL). 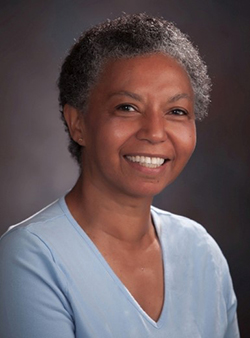 The OCPL’s board sets and oversees library policies, including general oversight, fiduciary responsibility and employment and evaluation of library leadership. OCPL is one of 23 public library systems chartered by the Board of Regents in the State of New York. It operates the central library in downtown Syracuse, 10 additional libraries in the city and 21 independent libraries across the Onondaga County suburbs.

“There is nothing more rewarding than making a difference in your own community,” says Hurst-Wahl. “OCPL encompasses the Main Library on South Salina Street and all of the branches within the City of Syracuse, and is also the central library for the county, which means it supports every public library within Onondaga County.  It is a library that has a huge impact, and I am thrilled to serve on its board and to be part of its efforts.”

Hurst-Wahl is a former member of the Special Libraries Association Board of Directors (2011-2013) and of the Regents Advisory Council on Libraries (2007-2012).

She fills a vacancy on the OCPL board, and her renewable term runs through December 2017.