CCJI Lauds Passage of Emmett Till Act in House

The House of Representatives passed S. 2854, the Emmett Till Unsolved Civil Rights Crimes Reauthorization Act of 2016, by voice vote during its evening session on Wednesday, Dec. 7. But unless further action is taken this week by the U.S. Senate, the Emmett Till Unsolved Civil Rights Crime Act of 2008 will expire in 2017. The act recognized the need for an “urgent” and “thorough” federal investigation and possible prosecution of living suspects involved in the Civil Rights Era racially motivated killings. 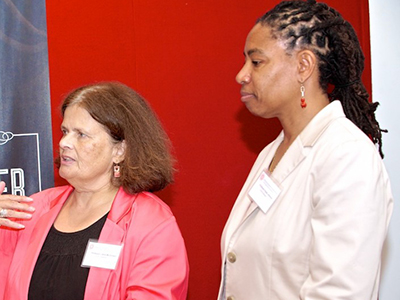 “We here at the Cold Case Justice Initiative are glad to see the positive movement of the Reauthorization Act,” says Paula C. Johnson, co-director of the Cold Case Justice Initiative (CCJI) at the College of Law. “Some people ask us why this is important. If you speak to the families who suffered the loss of a loved one by a brutal, racially motivated murder never thoroughly investigated or prosecuted, or you talk to a community that was terrorized by uncontrolled and unpunished racist violence, you begin to understand that a humane society that prioritizes justice has no choice but to pursue these cases until it is no longer possible.”

Johnson, who is also a professor of law, joined with Alvin Sykes, president of the Emmett Till Justice Campaign, to lead a coalition, including the Emmett Till Legacy Foundation and Mamie Till Mobley foundation, to work with a bipartisan number of co-sponsors in both the House and the Senate to continue this important legislation.

The Senate passed a reauthorization bill in July while the House of Representatives adopted a slightly different version on Dec. 7; a required 10-year sunset provision for any law referencing appropriations. While this alteration requires the Senate to approve the modified bill, Senate co-sponsors are prepared to seek the “hotline” process to fast track this noncontroversial renewal for a vote before finishing their work next week.

“For people like Janice Cameron and Nedra Walker of the Atlanta, Georgia, area, the reauthorization means even more,” says CCJI’s other co-director, Janis McDonald. “The original act did not provide coverage for those killings that occurred after Dec. 31, 1969, thus excluding the suspicious disappearances and deaths of their fathers, Leroy Holloway and Robert Walker, as well as three other friends, termed the ‘Atlanta Five Fishermen.’”

More than 32,000 people have signed a petition in support of the Reauthorization Act on Change.Org to date. In addition to the CCJI, the NAACP, the NAACP Legal Defense Fund, the Southern Poverty Law Center, the National Urban League and the Lawyers Committee for Civil Rights; as well as other educational institutions, including Northeastern University’s Civil Rights & Restorative Justice Project and Emory University’s Georgia Civil Rights Cold Case Project worked together with congressional aides to secure passage of the act.

“We urge the Senate to move quickly and pass the modified bill as it retains many of the stronger provisions families, advocates and civil rights organizations have been pushing for,” says Johnson. “The passage of this act may further allow for the perpetrators of these crimes to be brought to justice.”