Joseph Hughes liked big words—so much so that his brother often consulted a dictionary while talking to him. “Joe was a bright man with a promising future,” he told the Daily Orange shortly after Hughes’ untimely death at age 32. “He was a prolific writer, reader and lover of the arts.” 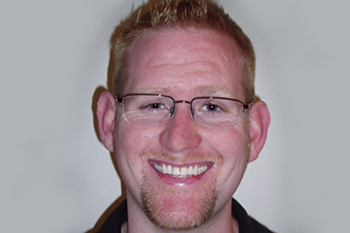 That was four years ago. Today, the description still resonates with Erin Mackie, Hughes’ dissertation advisor in the Department of English. “Joe was a highly engaged, ambitious and committed student of literature and history,” says Mackie, professor and chair of English in the College of Arts and Sciences. “He had a great sense of fun and humor.”

Mackie says that summer support of advanced Ph.D. candidates—those trained in criticism, theory, research and the teaching of literary and filmic texts, with an eye toward landing a professorial position—is a departmental priority. “It’s difficult for students to finish their dissertations when they are forced to work during the summer to support themselves,” she continues. “This fellowship extols Joe’s memory and contributions to the English department, while filling a vital need in our Ph.D. program.”

Mackie credits the fellowship idea to Welshans, who, as Hughes’ classmate from 2008-13, has helped make it a reality. 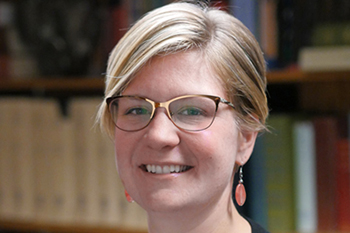 Welshans considers the fellowship a “fitting tribute” to her friend.

“Joe was deeply committed to the pursuit of knowledge, and this scholarship honors his memory by giving students the support they need to advance their own scholarly ambitions,” says Welshans, who, like Hughes, has a soft spot for Renaissance and Restoration literature. “Although we have the funds to get the project off the ground, we still need your support.”

Making the leap from Notre Dame, where Hughes earned an M.F.A. in creative writing, to Syracuse came effortlessly to the fast-talking Texan with a swirl of red hair and a Cheshire Cat grin. Born in Amarillo, he attended prep school in Dallas and cut his teeth on English writing and philosophy at Loyola in New Orleans. At Notre Dame, he racked up academic and civic awards, as well as a year’s worth of undergraduate teaching. He also became a published poet, thanks to the inclusion of “Tongue: Variations” in “Best New Poets, 2006” (Samovar Press/Meridian).

No sooner had Hughes entered Syracuse’s Hall of Languages than he threw himself into the study of colonialism, slavery and race in the Caribbean from the 1600s-1800s. He was particularly intrigued by the social, legal and discursive constructions of race, as well as notions of blackness and whiteness during this turbulent period of Latin American history. His study carrel swelled with books—from Richard Ligon’s 17th-century travel narrative “A True and Exact History of the Island of Barbados” to Amelie Opie’s early feminist tale “Adeline Mowbray.”

Mackie recalls how Hughes’ meticulous organization and free-ranging imagination sometimes backfired on him. “When Joe started writing his dissertation, he realized that he had too much material,” she says. “That’s what was so remarkable about him—he’d put his all into everything. During our meetings, he’d go into such detail about something that it really made an impression on me.”

Such intensity spilled over into the classroom, where Hughes held sway over students in “Interpretation of Film” (ETS 154) and “Reading Popular Culture” (ETS 145). He also found time to teach at nearby Colgate University.

“Joe’s potential had an effect on others,” says Mackie, adding that he had been selected as a teaching associate for the 2013-14 academic year. “His drive to create the best version of himself [and] to motivate others to do the same was felt among graduate students and undergraduates alike.” 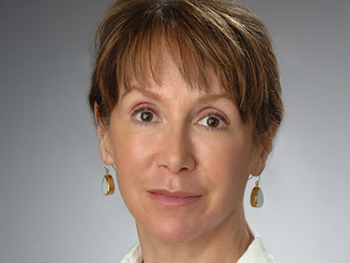 One beneficiary was Soumitree Gupta G’13, a fellow Ph.D. student who often chatted with Hughes between classes. In an interview with the Daily Orange, Gupta recalled one such exchange, in which she expressed concern over not getting a particular fellowship.

“He assured me that my funding situation would work out, and that I shouldn’t give up,” said Gupta, now an assistant professor of English at Carroll College in Montana. “Strangely, I received news that I had won the award the very next day.”

Welshans is not surprised by the anecdote, saying it underscores Hughes’ characteristic warmth and encouraging nature. “Joe wasn’t a careerist or an opportunist,” she says. “He truly wanted the best for his classmates and colleagues, and was always there to offer academic and personal support. I wouldn’t have made it through the grueling early years of my doctoral program without him.”

Ph.D. candidates in English who are interested in applying for the Hughes fellowship should provide a one-page document, outlining how the support will further their academic progress. They also should ask their advisors to submit a brief recommendation letter. For more information and to receive an application, please contact Terri Zollo at tazollo@syr.edu.

To make a tax-deductible contribution to the Joseph Hughes Memorial Summer Fellowship, contact Karen Weiss Jones, assistant dean for advancement in A&S, at kmweissj@syr.edu, or click on the “Give Now Online” button on the English homepage (English.syr.edu), and select “English Department Gifts.”

“Thanks to your support,” Welshans adds, “Joe’s legacy lives on at Syracuse—a place so enriched by his presence.”