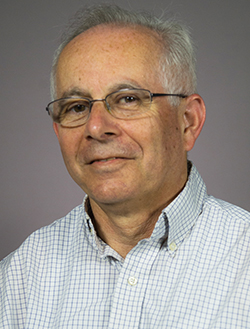 Kiewe’s areas of research are in rhetorical theory and criticism, political communication, presidential studies, argumentation and persuasion. He has authored and edited numerous books and published in such journals as Communication Studies, Legal Studies Forum, Journal of American Culture, Argumentation and Advocacy and Southern Communication Journal. Most recently he co-edited “The Effects of Rhetoric and the Rhetoric of Effects: Past, Present and Future” (University of South Carolina Press, 2015). Since 2015, he has served as a visiting professor at York St John University, United Kingdom, presenting research and lecturing during spring breaks.

Four Maxwell School alumni are among 39 public administration leaders who have been named 2021 National Academy of Public Administration (NAPA) Fellows. NAPA is an independent, nonprofit and nonpartisan organization established in 1967 to assist government leaders in building more…

The 17th Annual Charity Sports Auction presented by the Sport Management Club will raise money this year for the charities of the Jim and Juli Boeheim Foundation. For the first time the club has created a hybrid auction that will…

Through the continuing generosity of alumnus William Hrushesky, M.D. (B.A. ’69), the Syracuse Office of Undergraduate Research and Creative engagement (The SOURCE) offers the Spinoza Award to fund undergraduate work that explores philosophical aspects of issues that arise within the…

With new living situations, academic experiences and more, college is a time of seemingly ever-evolving changes. The wave of new experiences if often an exciting part of the journey. However, individuals may also face a wave of new internal and…

Amy Ellen Schwartz, professor of economics and public administration and international affairs, is one of two principal investigators for a five-year research project to examine how, over time, COVID-19 has affected children’s health and education in New York City. Maxwell…