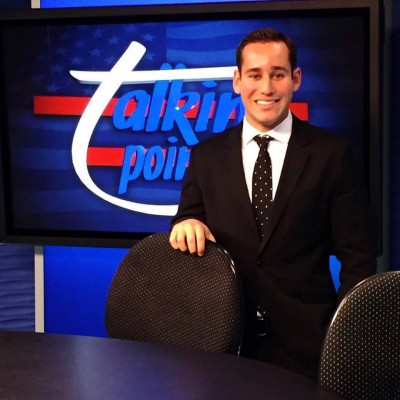 Elijah Shama, a sophomore pursuing broadcast and digital journalism, has organized the Syracuse University chapter of Reporters Without Borders.

As an aspiring journalist, Newhouse School student Elijah Shama has made an early start in his fight for freedom of press.

Shama, a sophomore pursuing broadcast and digital journalism, has organized the Syracuse University chapter of Reporters Without Borders, an international organization that fights against censorship of the press and to protect the rights of journalists all over the world.

The 19-year-old says journalists are facing challenges concerning freedom of speech, and that it is the duty of aspiring journalists like him to spread awareness about such issues.

“The walls of Newhouse have the First Amendment printed on them. Our school advocates the same ideals as Reporters Without Borders, so it was a natural path for Newhouse to have a Syracuse chapter,” says Shama.

Although Reporters Without Borders at Syracuse has gained recognition from its international counterpart, it is still waiting for approval from the University to be a formal organization. Shama says he hopes that this will take place by spring.

“For now we are concentrating on spreading awareness and building support,” he says. “We have movie screenings, professors giving speeches and other ways of propagating the idea of Reporters Without Borders among the University population.”

Shama is mentored by Newhouse Associate Professor Ken Harper, who has helped him connect with international journalists, organize meetings and formalize Reporters Without Borders into a recognized University chapter.

Shama says that fighting censorship and supporting a transparent press is important for a democracy.

“These articles you read had a cost. Someone is paying for it, and organizations don’t pay unless they make profit. Many times a journalist is more powerful than a soldier. One article can have immense sociopolitical impact. Having Reporters Without Borders shows that we have this power,” he says.

Shama says his ultimate goal regarding the Reporters Without Borders Syracuse chapter is to have NBC News reporter Richard Engel to speak at Newhouse.

As he made his decision to enter journalism, Shama says he was thrilled to be accepted into Newhouse and he understood the value of a Newhouse education when he applied for his internships.

“The reason I got to intern with Bloomberg was because I belonged to Newhouse. When I interned at NBC, six out of 20 interns were from Newhouse. All of the others were from Ivy League colleges,” Shama says.

After he graduates, Shama wants to work as an international journalist and report from conflict areas, such as Syria.

The Reporters Without Borders Syracuse chapter organizes weekly meetings in which it invites University professors and guest speakers to discuss the most relevant issues that concern journalists. It also has movie and documentary screenings to address such issues.

Find out more about the Syracuse chapter of Reporters Without Borders here.