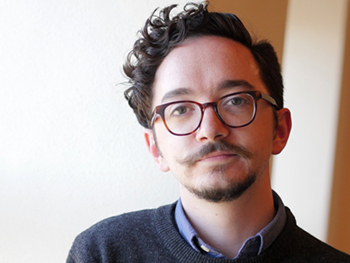 “The class is going to raise critical questions about the power of digital technology as it intersects with religious practice,” says John W. Borchert G’13, a Ph.D. student in the Department of Religion in the College of Arts & Sciences. “As students and thinkers in this class, we have a chance to be highly conscious of what shapes religion online.”

Borchert’s class, “Digital Religion” (REL 320), will include readings from media scholars of the early and mid-1990s predicting the potential of religion online. “They were either overly optimistic or dystopic,” he explains. “Religion online would save the world and bridge all the gaps, or it would destroy everything.”

The course is “a chance to see how certain theoretical approaches may help understand this,” he adds. “We get to create our own methodological lenses.” Students will consider how digital technology changes religious practice and how religious practice changes digital technology. They’ll also ask: What is religion online? What is online religion? How has the study of religion and the digital changed as technology changes?

Examples of digital religion include fully rendered 3D temples and churches, prayer and confession apps, digital shrines and offerings, virtual graveyards and online pilgrimages. These intersections between digital and specifically religious practices raise questions about whether the barrier between the digital and the non-digital experience dissolves, Borchert says. 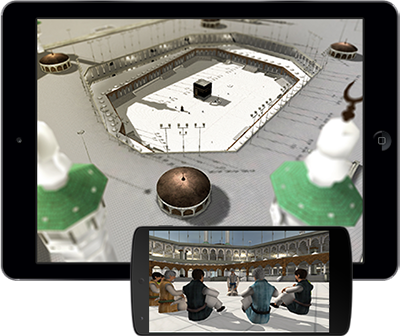 For college students who have been raised and shaped by digital culture, “This is a time to pause and think about digital practices and how they shape human beings and how those human beings change shape,” he says. “Technology is not imposed on human beings. It’s something humans create and cultures shape and reshape and make it do work for them.”

Borchert has been studying religion and digital culture for about 10 years. “Online ritual is fascinating to me,” he says, noting that via the app Mecca 3D “you are able to walk the Hajj in Mecca. (Participating in the Hajj is one of the five pillars of Islam, required of every adherent at least once in his or her lifetime.)

People can also participate in virtual Puja, a Hindu prayer ritual, and the Tibetan Buddhist leader Dalai Lama has said that in spinning a virtual prayer wheel, the computer’s hard drive can mimic the prayer wheel, Borchert explains.

“The point of the class is not to go on a field trip, but to be highly conscious of the ways technology makes religion available to whom and when,” he says.