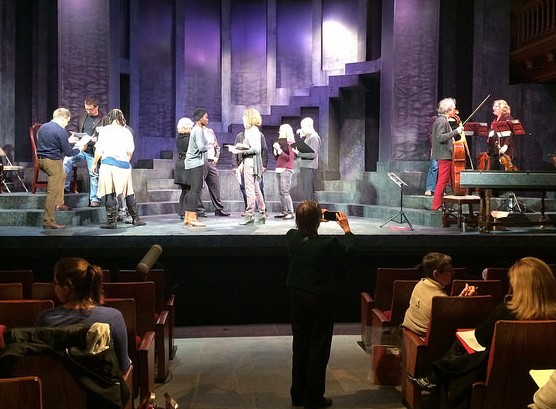 Participants watch as directors Amanda Eubanks Winkler and Richard Schoch give preliminary stagings to the actors and dancers, for Gildon’s 1700 adaptation of “Measure for Measure.” The work was part of the 2014 fall weekend workshop, “Performing Restoration Shakespeare” at the Folger Shakespeare Library in Washington, D.C. (Photo by Elyse Martin)

The foreboding words of the Three Witches in Shakespeare’s “Macbeth” conjure up the general’s kingly aspirations and bloody demise. Their presence throughout the Bard’s tragedy is mostly known to modern audiences through spoken poetic verse.

But what would the theatrical experience be like if those prophetic characters—and others in Shakespeare’s plays—came to life through song and dance? 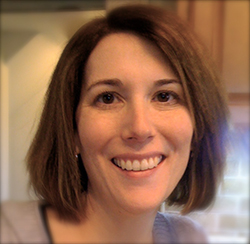 Amanda Eubanks Winkler, associate professor of music history and cultures in the College of Arts and Sciences, has done intensive work exploring the adapted works of Shakespeare by playwrights during the Restoration period in England (1660-1714), many of which include substantial music and dancing.

The musicality of Restoration Shakespeare is an extension of the Bard’s own dramaturgy: “In fact, Shakespeare’s plays are full of songs and dances, but much of this music was thought to have been—or is—lost,” Eubanks Winkler says. “Thus, modern productions often cut these elements or include newly composed music.”

Restoration Shakespeare adaptations were performed mainly during the late 17th through 19th centuries. “If someone saw ‘Macbeth’ in about 1800, they probably would have seen singing and dancing witches,” she says.

Her in-depth scholarship in the field, along with that her colleague, Richard Schoch from Queen’s University Belfast, has been recognized with a significant grant from the United Kingdom’s Arts and Humanities Research Council (AHRC) for “Performing Restoration Shakespeare.” 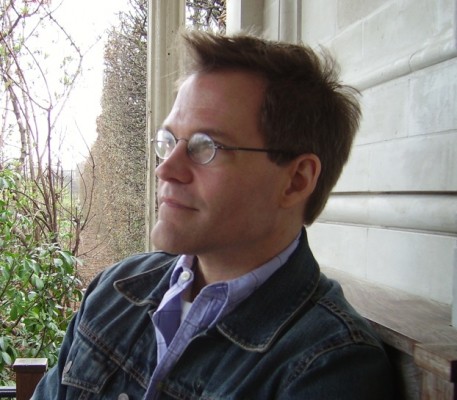 Eubanks Winkler, a specialist in 17th- and 18th-century English music and theater, and Schoch, a theater historian, were awarded £607,312 (about $756,000) from the AHRC for a three-year international project that will bring together scholars and artists to understand how Shakespeare’s works were performed during the Restoration period.

The project builds on the scholars’ previous collaboration at the Folger in 2014 when they co-directed a workshop for scholars, musicians, dancers and actors to analyze and perform Restoration Shakespeare.

Eubanks Winkler explains how the Restoration era, which begins in 1660 with Charles II’s restoration to the throne, became a time of revival and inspiration for playwrights over 40 years after Shakespeare’s death. The king issued patents to two theater companies—the Duke’s, led by William Davenant, and the King’s, led by Thomas Killigrew. Public theaters had been shut down by Parliament in 1642, and they remained shuttered during the English Civil War and Interregnum period.

“William Davenant was in possession of many of Shakespeare’s plays and he set about revising them for new audiences, modernizing Shakespeare’s language and inserting lavish scenic display, music and dance,” Eubanks Winkler says. “This set a precedent, and other playwrights followed his lead, adapting Shakespeare along similar lines.” Davenant’s “Macbeth” includes singing and dancing by the witches and Thomas Shadwell’s highly musical adaptation of Davenant and John Dryden’s version of “The Tempest” includes extended musical scenes, including a masque of Devils and a masque of Neptune.

With their project, Eubanks Winkler and Schoch are developing a new way for scholars and artists to present Restoration Shakespeare. During the upcoming workshops, actors and musicians will perform scenes from “The Tempest” and “Macbeth,” which both contain significant musical scenes in the Restoration Shakespeare adaptations. 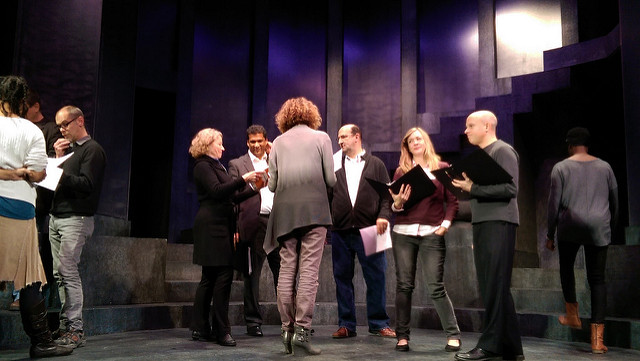 Associate Professor Amanda Eubanks Winkler, center, collaborates with actors as part of the 2014 workshop on Restoration Shakespeare at the Folger Shakespeare Library. (Photo by Elyse Martin)

“Specialists in musicology, theater history and literature will then respond to what they’ve seen, making suggestions with regards to performance choices and staging,” Eubanks Winkler says. “The actors and singers will then have a chance to respond to these suggestions—perhaps adding some observations of their own—and then perform the same moment in a different way.”

The process is repeated until the artists and scholars agree on the staging. Select members of the public will be invited to provide additional comment. “We will be developing a vibrant way of performing these neglected works that speaks to audiences in the 21st century,” Eubanks Winkler says.

The scholars are pulling insights from the Folger Shakespeare Library’s rich Restoration Shakespeare collections, including manuscripts from theaters, printed and manuscript music from the productions and play scripts with annotations about exits and entrances. “The Folger also has 17th-century printed play books for the Restoration revisions of the play, as well as illustrations that reveal information about performance style, costumes and sets,” Eubanks Winkler says.

The scholars expect to add to the understanding of Restoration Shakespeare and to facilitate the performance of such plays, all while enhancing the creative process through scholar-artist collaboration. Through the performances and video captured of the work, the scholars also hope to impact 2 million-plus people in shedding new light on Shakespeare’s works to the general public.

“Shakespeare exists in multiple iterations. Each new generation reshapes his work to suit its own aesthetic aims—even today. Restoration Shakespeare is a particularly entertaining manifestation of this impulse,” Eubanks Winkler says.

“I anticipate that through our workshops and performances, scholars and the public will have a deeper understanding of what made these works so engaging,” Eubanks Winkler says. “I also hope that more productions of Restoration Shakespeare will be mounted and that we can develop methods for making them accessible and appealing to 21st-century audiences.”

Along with the workshops and performances, the research will result in conference presentations, articles, a collection of essays on Restoration Shakespeare and a co-authored book.

With the first workshop scheduled for next year, Eubanks Winkler looks forward to continuing her collaboration with her colleague and other scholars and performing artists—and seeing Restoration Shakespeare come to life.

“I’ve worked on these materials for 20 years and, with the exception of the 2014 workshop, I have never seen them staged; it’s quite moving to see these plays in performance, particularly at such prestigious venues,” Eubanks Winkler says. “I’ve been arguing for the importance of Restoration Shakespeare in print for decades, but seeing these plays performed is the ultimate validation of my scholarly work.” 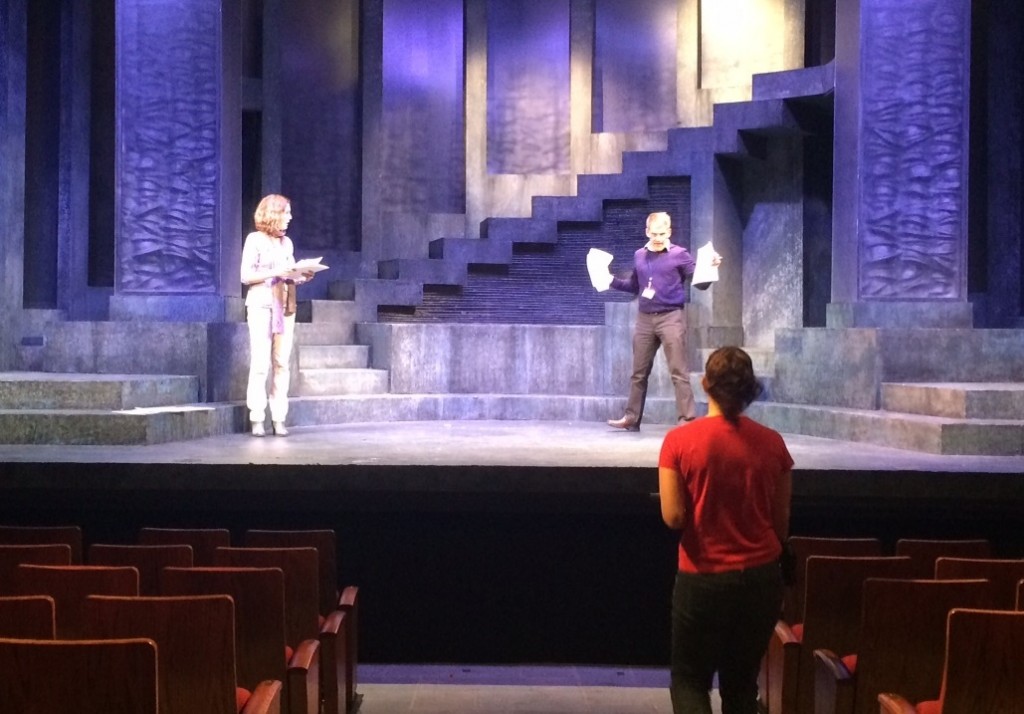