Syracuse University was front and center at the 46th annual New York State Teachers of English to Speakers of Other Languages (NYS TESOL) Conference, recently held at Crowne Plaza Syracuse.

Dozens of students and faculty members, mostly from the Department of Languages, Literatures and Linguistics (LLL) in the College of Arts and Sciences, participated in the weekend program, involving some 500 attendees and 170 presenters.

The NYS TESOL Conference was last held in Syracuse in 2004. Organizer Maureen Edmonds says this year’s event, whose theme was “Collaboration in the Classroom and Beyond,” exceeded all expectations.

“It took more than 18 months of hard work and negotiation to bring the event back to Syracuse,” says Edmonds, an English as a second language (ESL) instructor in Syracuse’s English Language Institute. “Thanks to the efforts of everyone on the conference team, presenter and attendee turnout was more than double of what we projected. Also, we had over 30 vendor tables, more than you’d find at a similar conference downstate. Everyone was pleased with the quality of presentations and with the venue’s layout, which facilitated interaction among the participants.”

Among them was Amanda Brown, associate professor of linguistics and coordinator of the Certificate of Advanced Studies (CAS) in Language Teaching program. She and Robert Lally, an English to speakers of other languages (ESOL) lecturer in LLL, were part of a lineup of nearly a dozen featured speakers. Their joint presentation, “Monolingual vs. Multilingual Approaches to ESOL at the University Level,” addressed one of the conference’s more controversial topics. 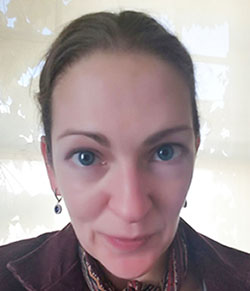 “Historically, the pendulum has swung back and forth on the issue of using a second, or foreign, language versus the native language in a second-foreign-language classroom,” Brown says. “Many people in the field advocate ‘full immersion’ as the most effective method. Robert and I have questioned this approach by measuring the effects of a teacher’s explicit use of multilingual practices in an English language classroom.”

Brown also gave a poster presentation with Soon Jeong Kwon, a graduate student in the CAS and linguistic studies M.A. programs, about the benefits of training TESOL team teachers.

The session was timely, due to the recent implementation of Commissioner’s Regulations 154 (collectively known as CR Part 154), which govern statewide education to English language learners. “This new regulation mandates inclusive education, facilitated by co-teaching in the classroom between English language and content-area teachers,” Brown says. “Since teachers rarely get explicit training in how to co-teach, Soon Jeong’s work takes on new significance.”

Adds Kwon: “I gained a lot of confidence as a presenter, and learned a lot from the attendees.”

Like Kwon’s session, McGuire’s were well-attended. They also reflected the academy’s growing interest in Chinese students, whose enrollment numbers have swelled. “Soon Jeong’s and Mark’s presentations were an incredible affirmation of the timeliness of their scholarship,” Brown says. “The formative feedback they’ve received is perfectly timed, as they prepare to write up their work.” 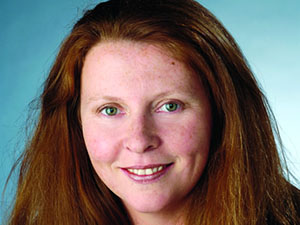 Yun provided an overview of the simulation process, while peppering her talk with sample games and simulations. “The conference was useful and interesting,” she says. “I had the opportunity to speak with language practitioners from different educational settings, and to share some interesting thoughts and strategies [about language role-playing].”

In addition to his co-presentation with Brown, Lally led a 70-minute teaching demonstration with LLL faculty members Laura Lisnyczyj and Maryanne Patulski about the role of video in the language classroom. “There was a wonderful balance between research-related areas and more applied demonstrations at the conference,” he says, “and I was happy to participate in both.”

ESOL lecturer Matthew Hammill echoes these sentiments, recalling numerous exchanges between scholastic and collegiate attendees about theoretical and practical issues. “Considering how important international multilingual students are to the University, it was a great opportunity for some of our own instructors and graduate students to demonstrate their knowledge and experience to a statewide audience,” says Hammill, co-coordinator of LLL’s ESOL Program.

Rounding out the weekend was a keynote address by Tatyana Kleyn, associate professor and director of bilingual education and TESOL at City College of New York, as well as remarks by Andy Curtis, a TESOL professor at Anaheim University and past president of the TESOL International Association, and Diane Staehr Fenner, founder and president of DSF Consulting, a woman-owned small business that supports English learner achievement.

“His talk centered on issues in India, but it was relevant to many of us here at home,” says Brown, adding that Bhatia will bring the 22nd annual International Association for World Englishes Conference to Syracuse in June. “He generated a lively discussion about emerging global partnerships and the balance between advocacy and access in new literacy development.” 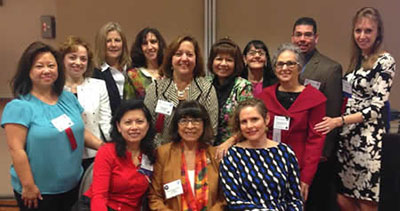 Central New York is an enduring presence in English language teaching. Past presidents of NYS TESOL include Joanne Beard G’86, a retired Utica schoolteacher who is now the organization’s mentoring program coordinator, and Margo Sampson, who recently stepped down as language coordinator of Syracuse’s ESOL Program.

Edmonds points to the large number of resettled refugees in Onondaga County, whose acceptance rate is the highest per capita in the state and the third-highest in the nation, as one of the driving forces behind TESOL training in Central New York. “Teachers around here do comparable things for their students with far fewer resources, and they often travel greater distances,” says Edmonds, drawing comparisons with her downstate colleagues. “It’s a huge honor and a lot of work to chair such a conference, but our area needs it—and deserves it.”

Brown agrees, adding that the conference attracted educators from throughout New York and neighboring states, while sparking some collaborations among her colleagues in LLL.

“For many of our students, it was the first time they had ever been to a professional conference or had helped out at one,” says Brown, citing as examples graduate student volunteers David Forteguerre and Michal Downie.

Forteguerre, who assisted with registration, attended a textbook publishing exhibition. “It was amazing,” he says. “I got to talk with several representatives from American publishers, such as Cengage Learning and Pearson Education. I also found out about a lot of new language textbooks that I’ll be able to use in my classes in the future.”

Downie, one of LLL’s Hebrew instructors, acquired many new teaching techniques and lesson-plan ideas. “I used to think that only Hebrew teaching conferences were relevant to me,” she says. “Not anymore. The NYS TESOL Conference is a great source of information, perfect for staying current and informed.”