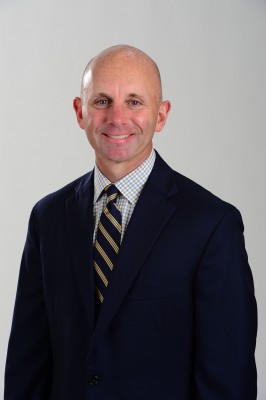 ESPN play-by-play commentator Sean McDonough ’84 will visit Syracuse University Nov. 29 as a guest of the Newhouse Sports Media Center. The Newhouse School alumnus, who was the recipient of the school’s 2016 Marty Glickman Award for Leadership in Sports Media, will take part in a public Q&A with center director John Nicholson. The event begins at 5 p.m. in the Joyce Hergenhan Auditorium, Newhouse 3. Follow on Twitter at #NewhouseSports.

One of sports television’s most versatile broadcasters, McDonough was named the voice of ESPN’s “Monday Night Football” earlier this year. He is the fifth person to occupy the position in the 46-year history of the program, joining broadcasting stalwarts Keith Jackson, Frank Gifford, Al Michaels and Newhouse alumnus Mike Tirico ’88, who called the past 10 seasons on ESPN. He is also a leading play-by-play commentator on the network’s college basketball coverage.

He has been with ESPN since 1989—with the exception of 1996-99, when he worked exclusively for CBS—and has covered the World Series, NCAA Final Four, the Olympic Games and all four major golf championships, among other marquee events during his accomplished career.