Recognizing decades of work in the community and commitment to the people of Syracuse, the board of directors of F.O.C.U.S. Greater Syracuse will honor Bethaida “Bea” González, Dean of University College of Syracuse University, as the 2017 Wisdom Keeper. 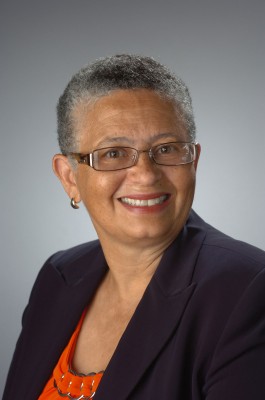 “Each year, the F.O.C.U.S. Wisdom Keeper Award is presented to a citizen who has shown leadership, continual caring and an understanding of the importance of the vision for tomorrow,” says F.O.C.U.S. Board President Don Radke.

González’s dedication to the community and continuing education has gone far beyond her more than 30 years of work with Syracuse University. In her community activities she has been instrumental in efforts to reinvigorate the Near Westside neighborhood. She is a founder of Citizens Academy—F.O.C.U.S.’s signature community education outreach effort with University College.

She has served on the Syracuse City School District Board of Education, and in 2001 became the first Latina to be elected president of the City of Syracuse Common Council.

Among many honors she has been named a Hispanic American of Distinction in New York State and an Unsung Heroine by the Central New York Chapter of the National Organization of Women. She has been the recipient of a Syracuse University Chancellor’s Citation for Service and the SU Women of Influence Award.

She currently is president of the board of trustees for Syracuse Stage and was president of the University Professional and Continuing Education Association for 2014-15. In 2015, Gov. Andrew Cuomo appointed her to the board of directors of the State of New York Mortgage Agency (SONYMA). She is the dean representative on the Syracuse University Board of Trustees and special assistant to Chancellor Kent Syverud focused on student retention and success.

González has served on and is a member of several professional organizations, including the Association of University Summer Sessions and the Education Commission of the States New York State Representative.

González was born in Cayey, Puerto Rico, and is a resident of Syracuse.