“Dominican Music Week” returns to campus with a pair of events organized, in part, by the Department of Art and Music Histories (AMH) in the College of Arts and Sciences. 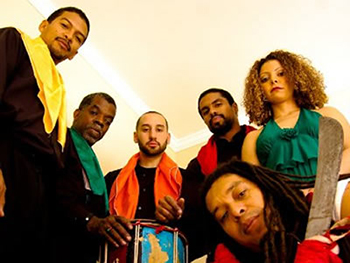 AMH will present a performance by Pa’lo Monte, a New York City-based urban roots group, on Tuesday, Nov. 15, at 7 p.m. in the Community Folk Art Center (CFAC). The event is made possible by additional support from the Department of English.

The concert will be followed by a mini-seminar in Spanish with Darío Tejeda, a leading scholar of Dominican music and dance, on Friday, Nov. 18, at 10 a.m. in room 304 of the Tolley Humanities Building. The program is organized by the Mobilizing Music Working Group in the Musicology/Music History Cluster of the Central New York Humanities Corridor.

Both events are free and open to the public; however, the mini-seminar, which includes brunch, requires registration. For more information or to register, contact Sydney Hutchinson, assistant professor of music history and cultures, at sjhutchi@syr.edu or 315.443.5032.

“This is an opportunity to explore music and race in the Hispanic Caribbean,” Hutchinson says. “We will look at notions of ethnicity and identity in the music of Haiti and the Dominican Republic—two countries that share an island, but are separated by language and politics.”

The group expects to do more of the same this year, presenting lively, polyrhythmic dances, such as the “palos” and “sarandunga,” whose European and African roots stretch back more than 500 years.

“Pa’lo Monte excels at entertaining and educating audiences about Afro-Caribbean traditions, showing the connection between Dominican and Haitian culture,” Hutchinson says. “They also link art with social justice—something that is highly relevant and in step with the international Black Lives Matter movement.” 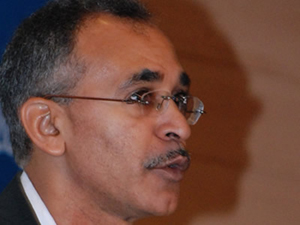 Tejeda plays a similar role, but in a more scholarly vein. Titled “The Sonic Mask: Digging up Ethnicity and Racism Through Music,” his seminar seeks to analyze and provoke discussion about Dominican music, race and activism.

Hutchinson says that any examination of Latin American identity is not complete without referencing the complicated relationship between Haiti and the Dominican Republic.

Despite the occasional conflict with colonial powers, both populations coexisted peacefully for hundreds of years on the Caribbean island of Hispaniola.

That all changed in the first half of the 20th century, when Dominican dictator Rafael Trujillo drummed up a virulent strain of anti-Haitianism for political gain. The Parsley Massacre of 1937, in which he ordered the mass slaughter of Haitians on the border of Haiti and the Dominican Republic, exacerbated a human rights crisis that persists to this day.

“The close cultural ties between the two peoples were forgotten or buried in the wake of the massacre,” says Hutchinson, adding that tens of thousands of Dominicans of Haitian descent currently are denied basic rights and live in fear of deportation. “Since then, racism, politics and economic difficulties also have contributed to misunderstandings between the two nations, despite their geographic and cultural proximity to one another.”

Scholars such as Hutchinson and Tejeda are convinced that music may help heal the divided island—from the interlocking sounds of Haitian “vodou” drums and the Dominican “palos” to the up-tempo Dominican “merengue” and Haitian “mereng,” the latter of which has evolved into the modern-day “konpa.”

“Darío Tejeda will discuss how music is used to spark animosity and foster unity,” Hutchinson says. 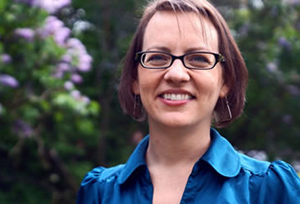 Director of the Institute of Caribbean Studies (with offices in New York City and the Dominican capital of Santo Domingo), Tejeda is a member of the Academy of Sciences of the Dominican Republic. Many of his publications—including the book “The Passion for Dance” (2002), winner of the Musicology Award from Cuba’s Casa de las Américas—draw on elements of musicology, history, geography and political science.

“He is an expert on Dominican and Caribbean music culture and its influence around the world,” she adds. “His commitment to using Dominican music as a bridge, instead of a wall, is why his visit here is so important.”