Lucia Perillo G’86, an award-winning poet whose work was shaped by her struggle with multiple sclerosis (M.S.), died last month at her home in Olympia, Washington. She was 58. 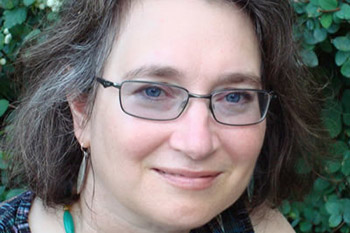 A graduate of the M.F.A. Program in Creative Writing in the College of Arts and Sciences, Perillo often wrote about her own mortality. Her death was announced by her publisher, Copper Canyon Press, and was confirmed by her husband, Jim Rudy ’86, a dual major in A&S and the Newhouse School, whom she married in 1993.

English professors Chris Kennedy and George Saunders, both of whom graduated from Syracuse in 1988, were classmates of Perillo’s.

“She was fearless,” says Kennedy, now the program’s director. “It was immediately clear to me that her voice was unique and necessary, and that she would be a success. She wrote unflinchingly, addressing issues that women face on a daily basis, and she did it with great intellectual curiosity and fierce determination.”

Saunders also was awed by Perillo, calling her the most wildly talented person in the program. “Her work had a soulfulness and wisdom that was just unheard of for someone so young, and she continued to be utterly original for the rest of her life,” he says.

Diagnosed with M.S. in 1988, Perillo used her illness as grist for her literary mill. Her seventh and final volume of poetry, “Time Will Clean the Carcass Bones,” was published in February to great acclaim. The New York Times described it as “shrewd, well-organized free verse that marches straight down the page, while its meanings peel off in multiple directions.” 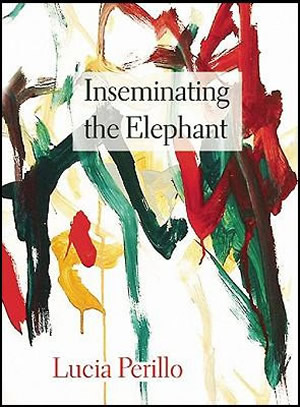 Perillo was probably best known for “Inseminating the Elephant” (Copper Canyon Press, 2009), a finalist for the Pulitzer Prize. The collection also won the Library of Congress’ Rebekah Johnson Bobbitt National Prize for Poetry and the Washington State Book Award.

By then, Perillo was wheelchair-bound. That she wrote frankly about her illness, going so far as to acknowledge the doctors who cared for her, might have suggested, in the words of The New Yorker, “something sentimental.” Not a chance. “In fact, these poems are tough and witty,” continues the magazine’s assessment of “Inseminating the Elephant.” “[She has] insight into the workings of a turtle’s heart and blackbird behavior, while other topics range from Viagra and video games to Transcendentalism.”

A regular contributor to the New Yorker and Atlantic Monthly, Perillo successfully experimented with other genres. She published a memoir, “I’ve Heard the Vultures Singing: Field Notes on Poetry, Illness and Nature” (Trinity University Press, 2009), and a short story collection, “Happiness Is a Chemical in the Brain” (W.W. Norton & Company, 2012). Like her poetry, both books delicately straddle notions of comedy and tragedy.

“She approaches mortality with a light touch and self-deprecating humor,” notes the Los Angeles Times, comparing her work to Kevin Young’s and Allen Ginsberg’s. “Each dose of hopelessness is met with some kind of call for singing.”

Born in Manhattan and raised in nearby Irvington-on-Hudson, Perillo earned a bachelor’s degree in wildlife management from McGill University in Montreal. It was while working in Denver with the U.S. Fish and Wildlife Service that Perillo became interested in poetry. Her enthusiasm grew throughout the early ’80s, when she relocated to California, and enrolled in a poetry-writing workshop at San Jose State University, taught by future U.S. poet laureate Robert Haas.

At Syracuse, Perillo alternated between her graduate studies and seasonal work at Mount Rainier National Park in Tacoma, Washington. (Creative writing did not become an M.F.A. program in A&S until 1992.) No sooner had she had taken a job at Saint Martin’s University in Washington State and completed her first book than she was diagnosed with M.S.

Perillo responded by throwing herself into her poetry. The result was a dizzying array of work that the Poetry Foundation has described as “clear-eyed and brazenly outspoken.” She also racked up more than 30 honors and awards, including a “genius grant” from the MacArthur Foundation and multiple literary awards from PEN America.

Saunders attributes Perillo’s success to focusing on the big questions. “She knew how to approach a topic in a masterful way,” he says. “Just an incredibly fertile and compassionate mind and heart. I hope anyone interested in poetry will find her work and read it.” 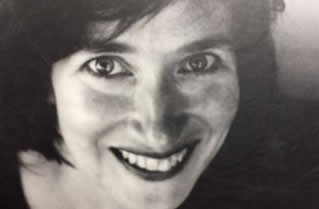 An archival photo of Lucia Perillo

No doubt that some of these experiences found their way into a quintet of poems about students on teachers. One of them is the aforementioned “Transcendentalism,” in which the speaker, obviously bored in class, realizes that her teacher has more of an effect on her than she originally thought.

“Her goal is lucidity,” Rodney Jones told The Chicago Tribune. “She does not like the idea of writing a poem that people cannot understand.”

Adds Kennedy: “Lucia will be missed by those who knew and loved her, and by anyone who has been touched by her extraordinary poems and stories.”