Courts around the country are deciding an issue involving a timeless expression of democracy and a newer form expression of self-absorption: the so called “selfie” photograph taken inside a polling place. It’s a fairly new phenonenon, and getting plenty of attention as courts in a number of states decide whether a person can legally take and post a photo of themselves with their marked ballot. Associate Professor Roy Gutterman, director of the Tully Center for Free Speech in the Newhouse School, believes the “ballot selfie” is a test of competing First Amendment issues. 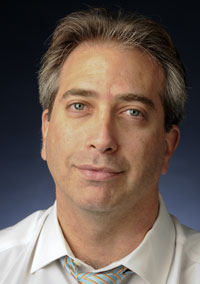 “In our modern, always-connected world, the selfie has become an important and almost ubiquitous form of speech and self-expression,” says Gutterman. “And voting is perhaps the most critical of our democratic rights that must be protected from outside influence, corruption or chicanery, which merits some regulation of voting procedures. Thus, we have a significant conflict. Political speech is perhaps our most cherished and protected form of speech in our democracy, and the ballot selfie is simply a modern extension of these cherished rights.”

Gutterman says a handful of states have laws that expressly prohibit recording or taking photos inside polling booths, and all states have laws on voting procedures and conduct in and around polling places.

“On Tuesday, a group of voters in New York City were scheduled to appear before a federal judge challenging New York’s law, which makes it a crime to show another person a completed ballot. This would include the selfie. Federal courts in New Hampshire, Indiana and Michigan have ruled on such restrictions in recent weeks,” says Gutterman. “It will be interesting to see how the federal court in New York handles this question. There are numerous questions about the balancing of these rights and the application of the law and whether there is a compelling or important government interests at play.”

Gutterman is looking forward to seeing whether the district court finds a First Amendment right to the ballot selfie. “Or,” as he puts it, “we’ll just find out on social media.”